I just got a bundle of these babies and lit one up right away. It was a beautiful day so I had it out in the backyard with an 'Innis & Gunn' Scottish beer. They were really young and moist with an oily, almost veinless wrapper that was shiny and slightly bumpy. They were almost maduro-like in colour. The pre-light draw gave off hints of chocolate.
Once lit and into the first half inch, the burn was already off so I adjusted it with my torch. The draw was perfect at this point. Into the first inch and I'm picking up dark chocolate, wood and earth with a hint of floral. It tasted like a Partagas. You could tell already that this was a young cigar. It had just arrived from Cuba the week before. The draw is still great but I keep having to touch-up this cigar. By the time I reached the first quarter the flavours seemed to have settled in. This was a good solid medium body smoke.
Passing the first quarter and I got some earth up my nose. This is turning out to be an absolutely terrific smoke. Just got a hint of floral and then back to the earthiness. So it continues like this and as I'm nearing the half way point I'm getting chocolate notes as well as the earth. Took the cap off at this point. It was just hanging on and since it doesn't affect the smoke, I peeled it off completely.
Passing the first half and I'm still touching up this cigar. Now getting hints of tea to go with this rustic, earthy cigar. Picked up hints of chocolate before I put this cigar to rest. I didn't have the time to finish it. I know it's blasphemy but it's also a good test for a cigar, I relit it the next day.
It lit fine, the first drags were okay. It picked up where it left off, hints of chocolate with a touch of coffee and a whole lot of wood. It's beginning to pick up strength with the wood flavours dominating. It was burning hotter through the middle and I had to do some major touch ups to save this smoke. It was going in that direction before I put it down the day before. I eased back on my smoking and it slowly got better but remained very strong but lost the bitterness it was picking up. It reminded me of the D4s from the good old days. Hint of floral coming through again and then gone. Still burning hotter through middle and very earthy. At this point I couldn't help it anymore. The cigar was burning too hot and was too close to the end for me to be able to fix it. I had to let it go with almost a quarter remaining.
In conclusion....I don't think the relight affected the later part of this smoke. It's very obviously young, wet and fresh. Laying these babies down will only make them taste better. I will keep you posted on their progress. I think these smokes are going to be sought after. I will definitely be picking up more. 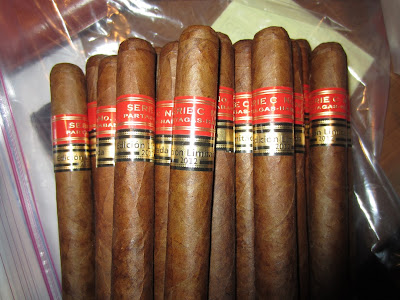 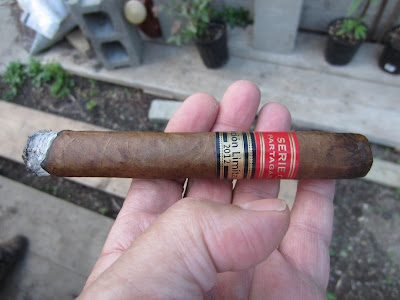 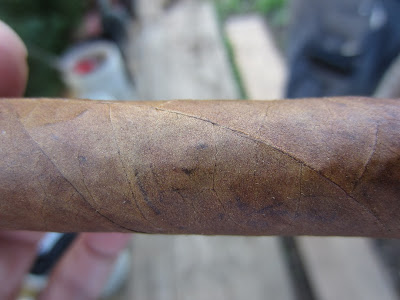 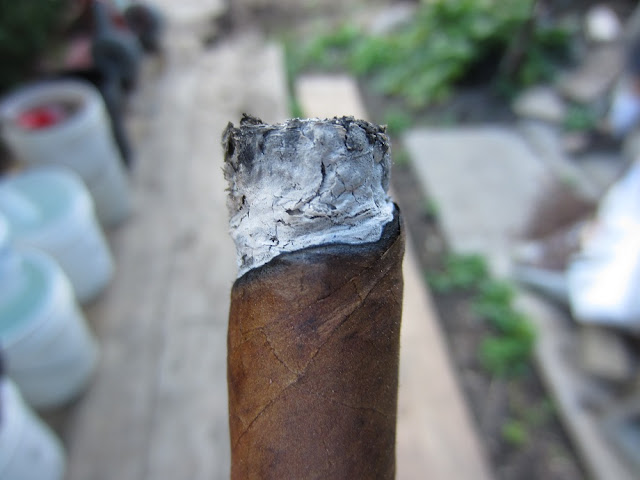 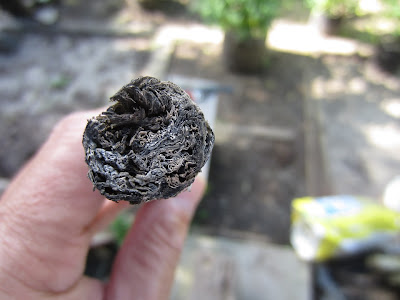 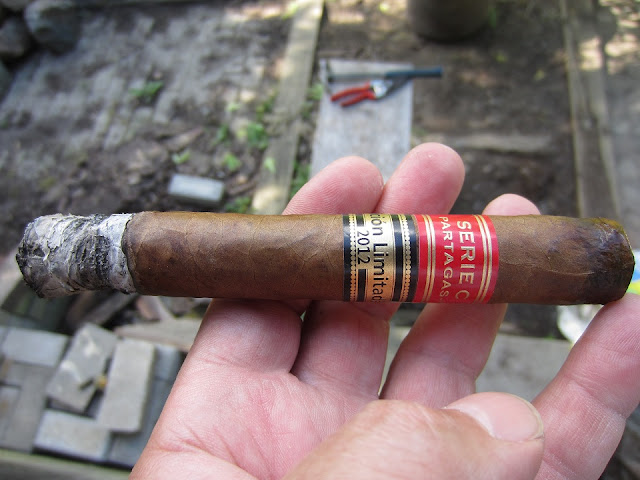 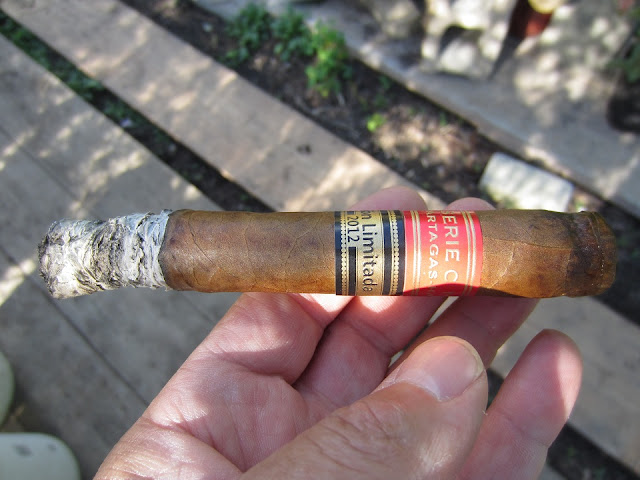 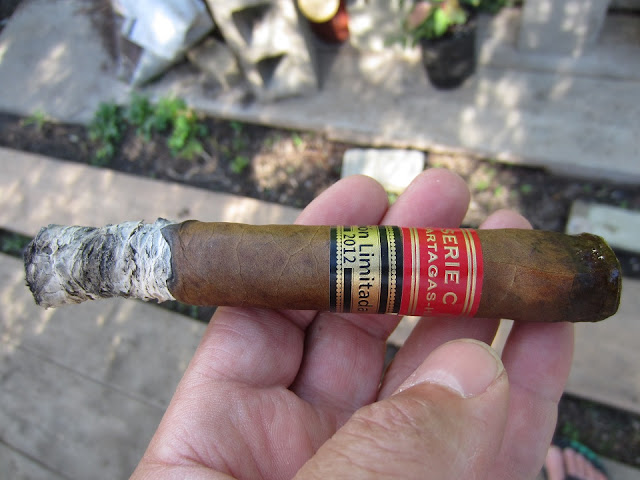 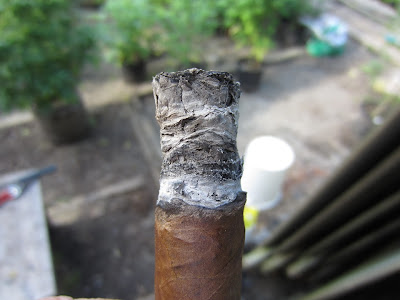 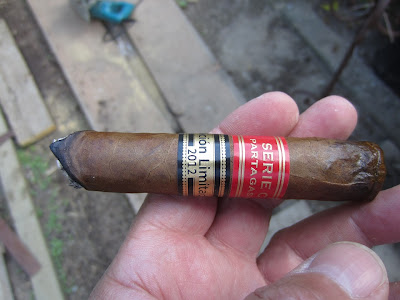 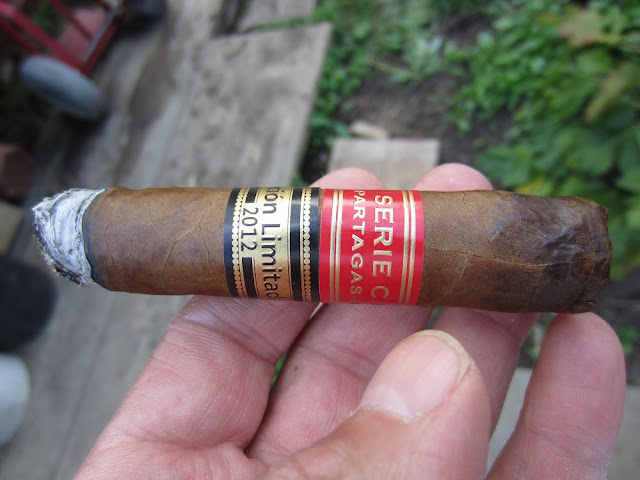 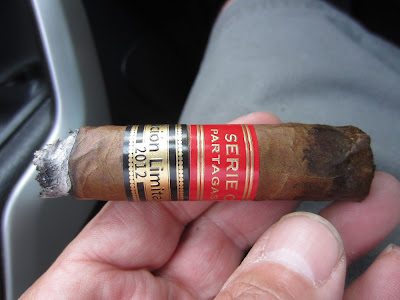 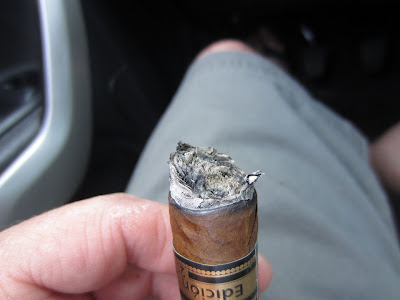 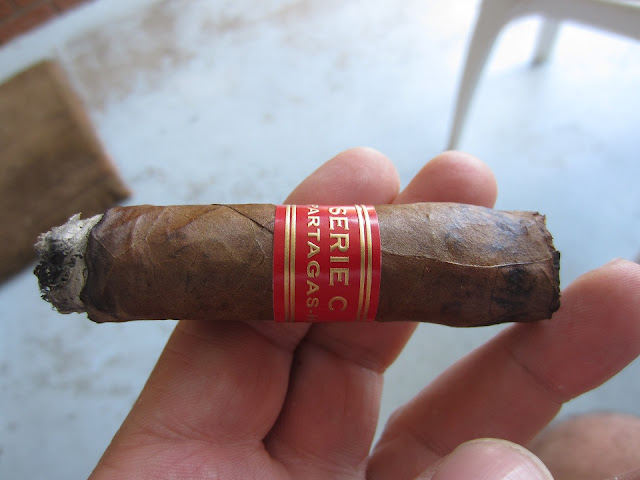 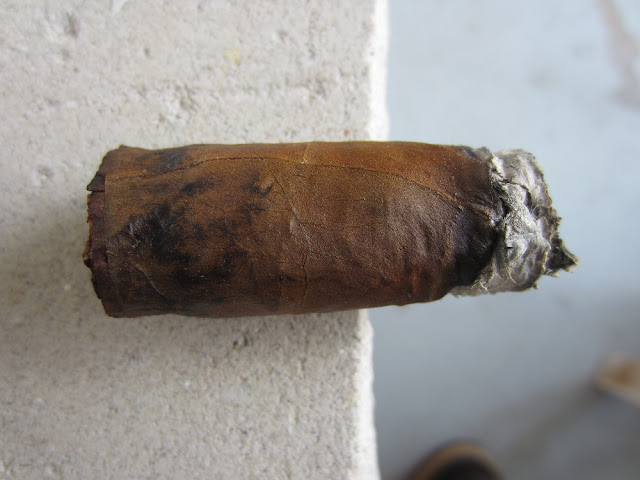 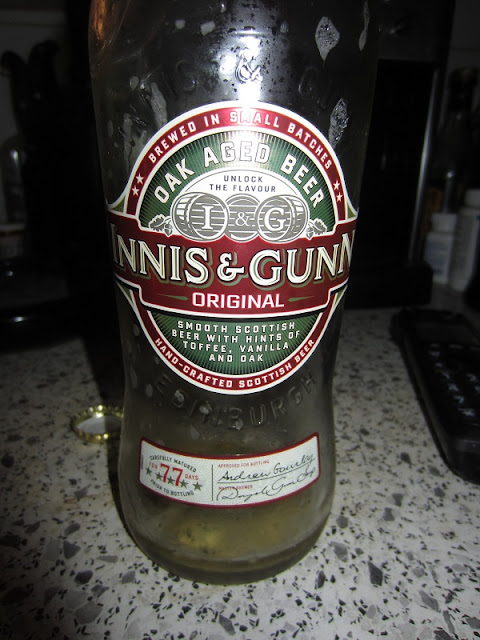