So here we are again trying the amazingly popular Behike 54. I've come to realize that since the last time I wrote about this cigar, it's popularity has skyrocketed. Of course that wasn't because of anything I've done. It didn't need my help. Anyone who knows anything about cigars, wants this stick. I recently came back from Havana with a few boxes & was invited to a friend's house for dinner and cigars. On rare occasions he allows cigar smoking in his house. With the temperature hovering around zero celcius, I welcomed the thought of smoking in the comfort (and warmth) of someone's home, especially after coming back from Cuba. I decided to give my host one of my Behikes, which he's never smoked before, on the condition he smokes it that night. Of course he agreed.
He prepared a lovely dinner starting with penne in a light tomato sauce with tuna, cured black olives and jumbo shrimp followed by pork tenderloin with sauted spinach and a side salad and finishing with lemon meringue pie. We washed it down with a Beaujolais by Louis Jadot to start and had a 2005 Grenache from Spain with the meat. Both wines were good choices.
Then came the moment we were waiting for. The lighting of the famous Behike. First off, the wrapper was absolutely flawless, hardly a vein, smooth & silky with a light cafe latte colour. Perfectly rolled, nice and hard but with a perfect draw when checked on the dry tasting without leaving me gagging as some cigars tend to do. This batch of Behike 54s were slightly lighter in colour than the ones I purchased a few months ago. Once lit, right from the start, this was one of the smoothest cigars that I had ever smoked. Silky smooth, a little nutty with a hint of leather & full of creamyness. The drink to go with the cigar?? We decided to crack open a bottle of 23 year old Zacapa Rum from Guatemala. I was in paradise. The rum with the cigar was like a match made in heaven. It had almost a coffee-like taste to it which made it an excellent pairing with the Behike. Smooth, smooth, smooth. If you've never tried this rum and see it somewhere, buy it. They also make a 15 year old which is quite good and an XO version (imagine how that is).
The cigar burned a little uneven at the start but I touched it up with my torch and it was fine after that. There is no comparing this cigar to any other that I've smoked in my life. It maintained its smooth, medium bodied, classy flavour right down to the last inch, changing only slightly near the end when it started to get a little stronger and finally turning. This cigar is not even close to being at it's peak and is smoking beautifully now. I can't imagine what it's going to be like in a couple of years. I couldn't put it down but once it turned , I had to. I didn't want to be left with any bad memories. This Behike 54 was much better than the last one I had. Maybe it was the combination of food and beverage that was consumed this time or maybe the extra few months made the difference. Whatever it was, this was one of the best cigars that I've ever smoked. I'm just going to leave you with this. WOW 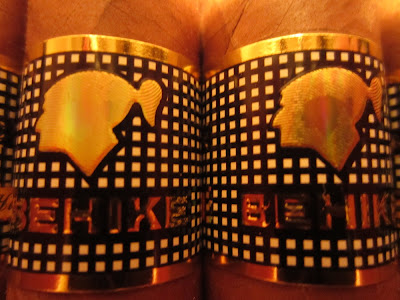 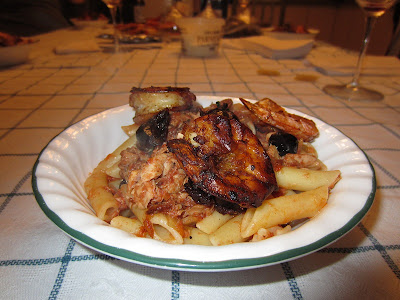 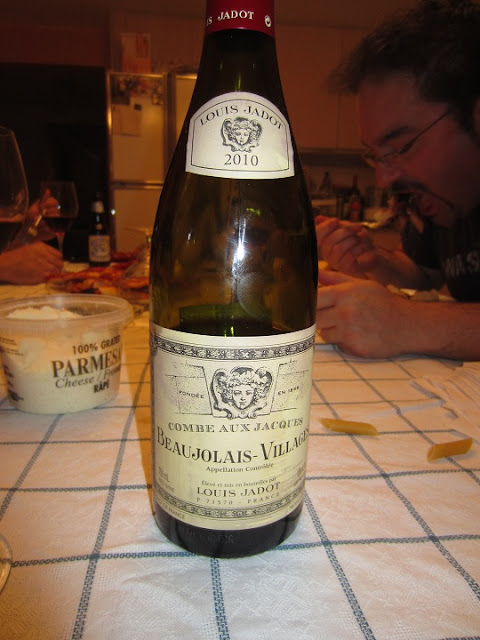 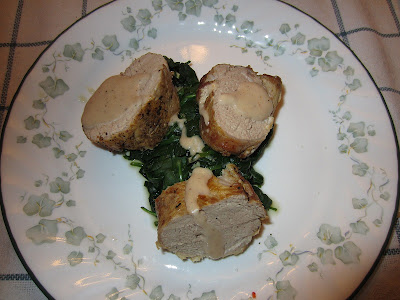 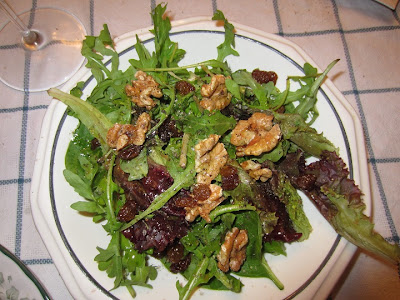 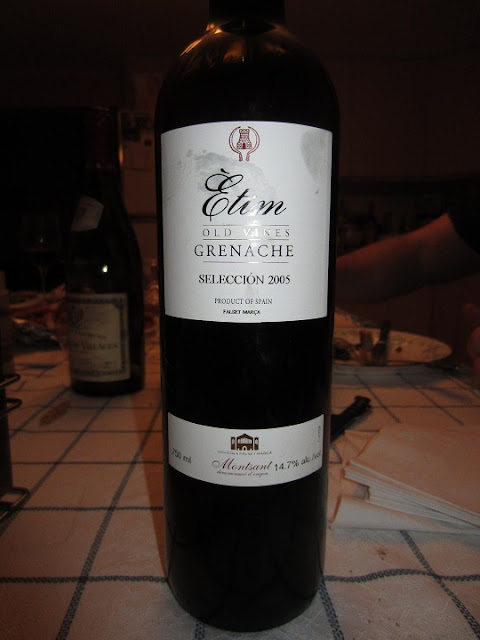 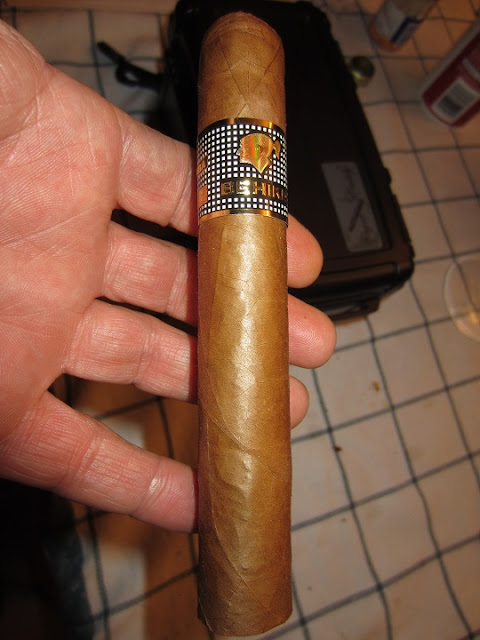 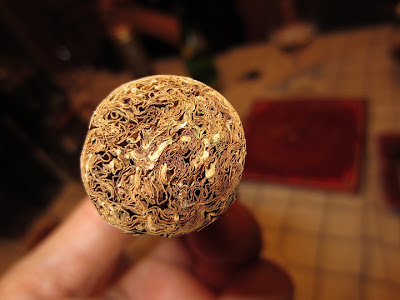 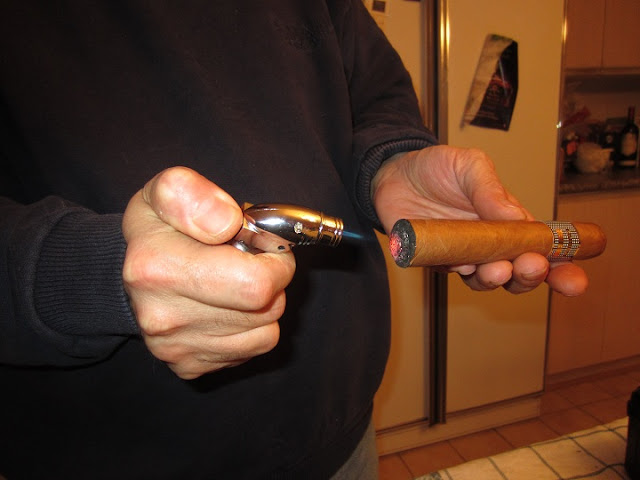 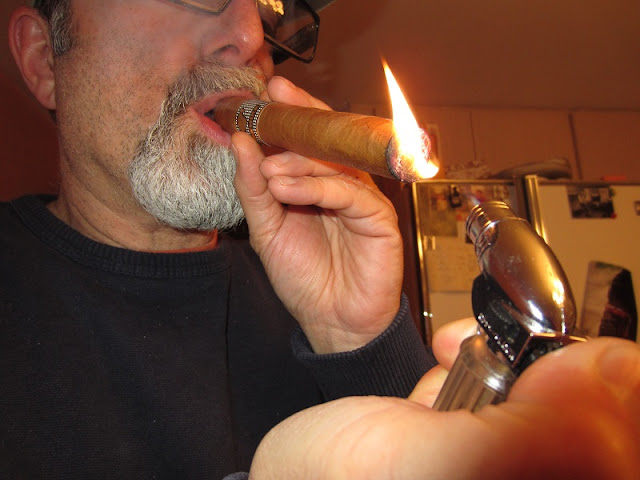 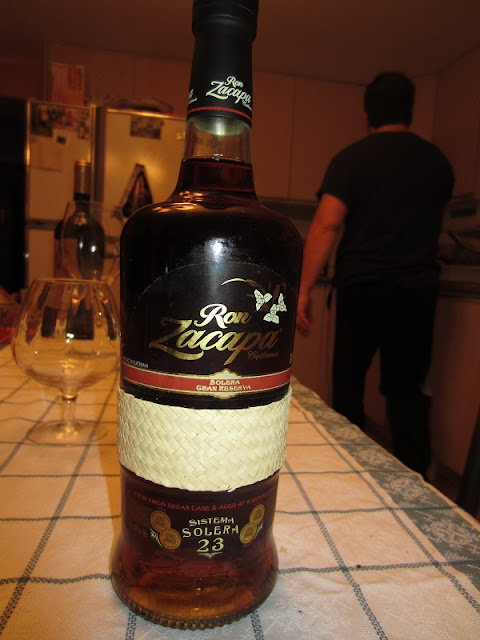 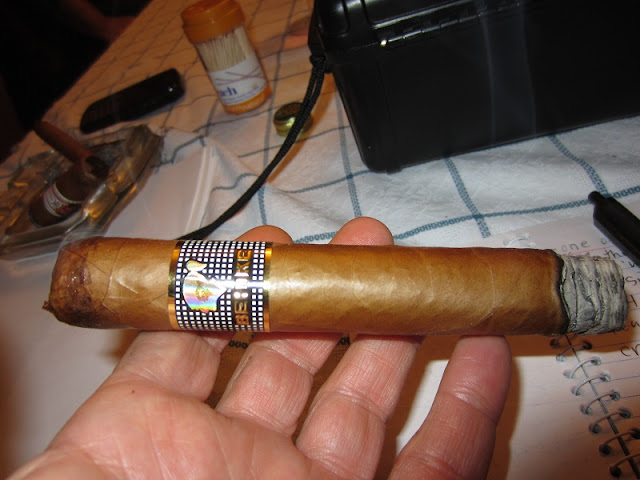 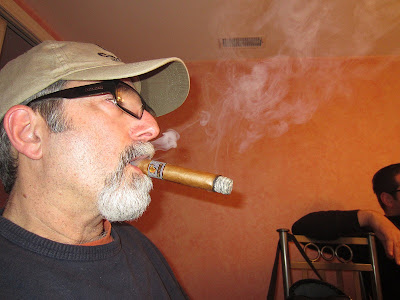 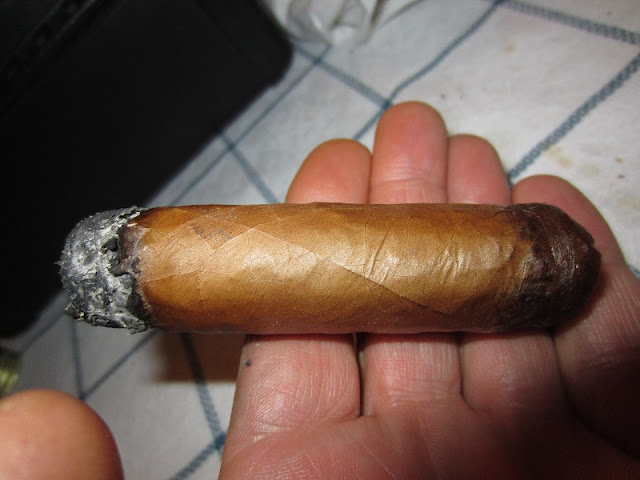 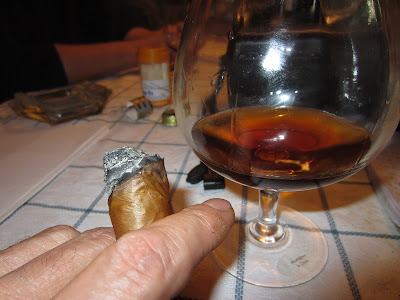 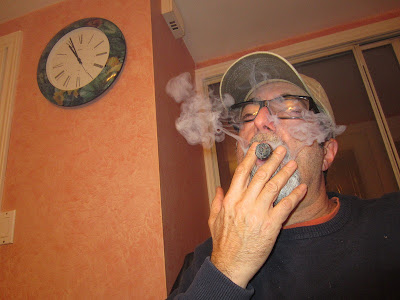 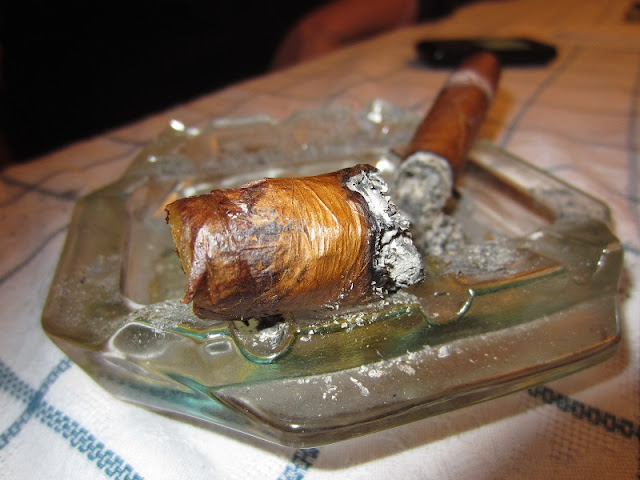