A couple of months ago I posted something about a restaurant in Guanabo that made what I considered the best pizza in Cuba. I was ctiticized for my choice and told that the best pizza was being made at a place called 'El Diluvio'. I decided to check this place out on my next trip. If I was proven wrong, then so be it. I'm all about learning new things or discovering new places in Cuba. As coincidence had it, talking with someone about El Diluvio just an hour before going, I discovered that the chef of Diluvio opened his own restaurant. Of course I was going to follow the chef to his new place and not go to Diluvio. It happened to be conveniently located just blocks away from where we were staying and was on our way back to our hotel.
This Paladar is located at 3ra #3804 e/38 y 40, in Miramar, just down the street from the last one we visited, 'Le Garage'. At the front of the house you'll be met by a short, stocky, comical looking Italian chef with a large fork in one hand and a spatula in the other. The figure is about 3 feet tall and stands high on a pole so you can't miss it. Behind the figure is the sign. The garage is the bar and the kitchen is located somewhere behind that. The owner's wife was working the bar on our second visit in the evening and Walter the owner would come out occasionally to bring out food and say hello to the many customers that know him. There seems to be a high proportion of Italians that come to this restaurant and Walter, the owner, is Italian himself. You can bet the food in this place is going to be as close to Italian as he can get with the ingredients he has to work with. The fact that there were this many Italian customers proved it. The first visit was to have what I originally came for, the pizza. We sat outside, there was plenty of room. They didn't seem to be too busy, it was around 2pm on a tuesday afternoon and there were 3 or 4 tables with customers. I had the Margherita Pizza (tomato & cheese) with sliced prosciutto placed on top after the pizza is cooked. The prosciutto was sliced a bit thick but that just meant there was a lot. The pizza was cooked well, nice and crispy how I like it. It wasn't doughy and cardboard tasting like you get in a lot of places. The ingredients were actually quite good, the prosciutto tasted Italian. There's no such thing as local prosciutto. He even had basilico (Basil). My guest had the Four Cheese Pizza. It didn't have tomato sauce, our fault. It was good just the same but the cheeses lack the flavour we're used to outside of Cuba. Nonetheless, we would have this pizza again but add tomato sauce. Walter's pizzas were definitely better than the restaurant in Guanabo so for ME this is the best pizza I've eaten in Cuba. You'll have to go and make your own decision.
The next visit was for dinner. It was thursday night at 8pm and we didn't have a reservation. The place was packed and we waited 40 minutes to get a table outside. Only one table was occupied in the fair sized indoor dining area. The outdoor tables seating about 40 people were either occupied or set for larger groups which arrived later with reservations. While waiting for the table we sat at the bar. I had a
chance to notice that the bar was set up with only the basic alcohol. No fancy drinks but good Havana Club. Walter came out at one point to have a chat and I told him I decided to trust him to make me the first plate of pasta that I eat in a restaurant in Cuba. He suggested the Ravioli that he made fresh that day in a fresh tomato sauce, made from field tomatoes and not from a can. It's almost impossible to find good canned tomatoes on this island. My guest had the Spaghetti al Pesto, basil sauce with parmigiano, garlic and usually it's pinenuts. In this case from what I understood it was a local nut that they substituted. First off, both our pasta were cooked al dente, as they should be, without having to ask. The pesto sauce was very good, the substitute nut they used worked. My fresh tomato sauce was very tasty, just enough, not drowning. The stuffing, pork, was excellent, just the right combination of herbs. We started with a tomato and tuna salad which came at the same time as our main course. The kitchen was fast, really fast and the service was pretty good too. For wine they only had 3 kind, a red, a white and a rose. We had a glass of red each, it wasn't bad. My guest had the chocolate pudding for dessert. They only had that and ice cream. All of that came out to 29cuc and it was excellent. I would go back for the food for sure. This place is not about the extras or the decor, as you'll see from the pictures. It's strictly about the food and I can live with that. I drink beer with pizza anyway. 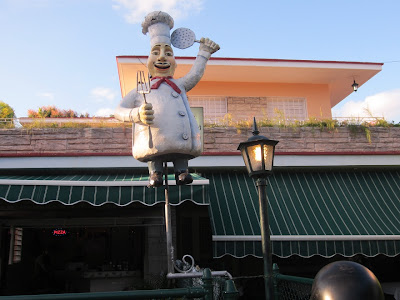 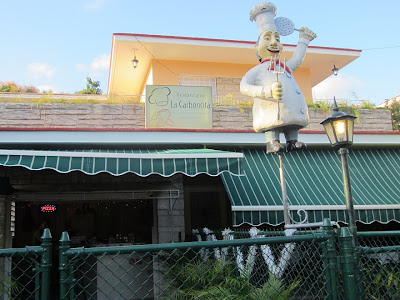 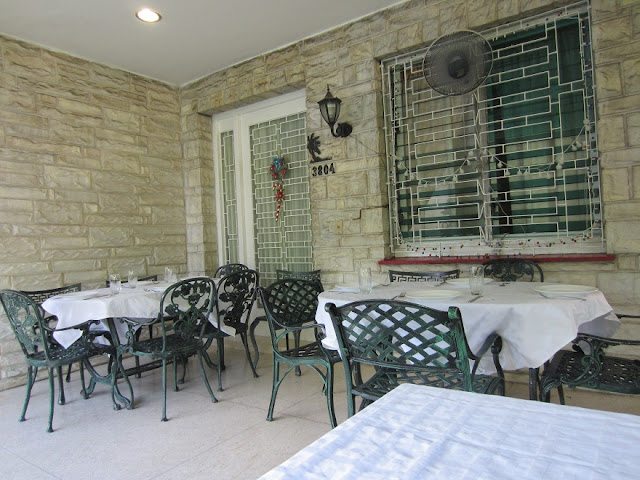 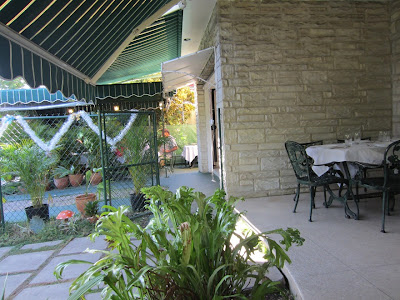 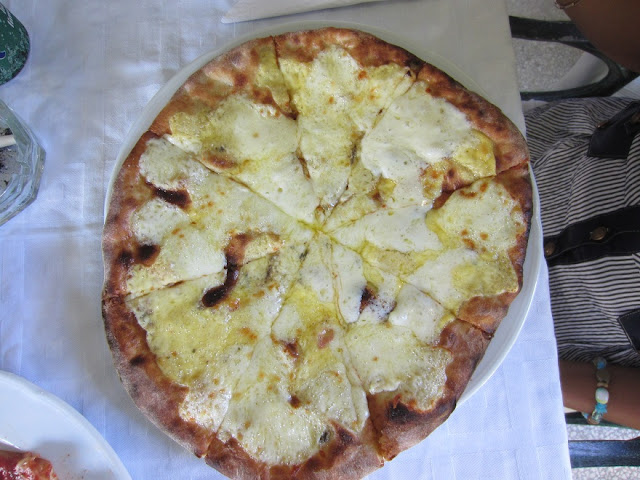 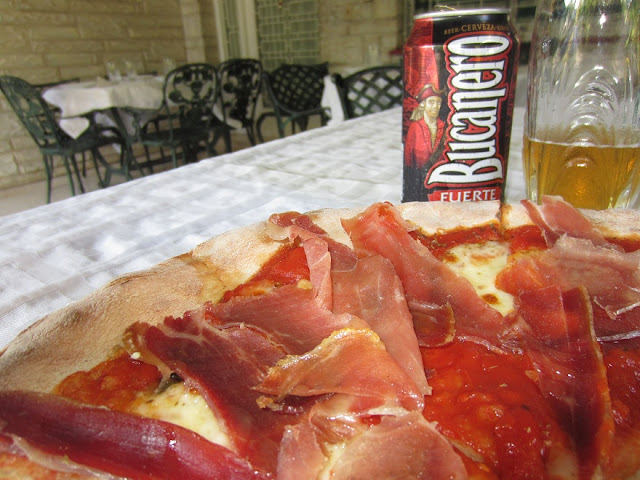 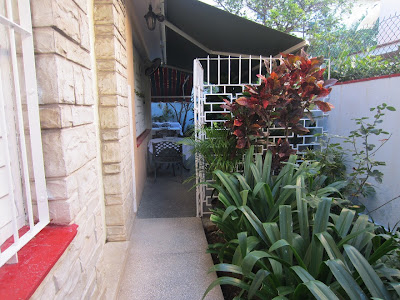 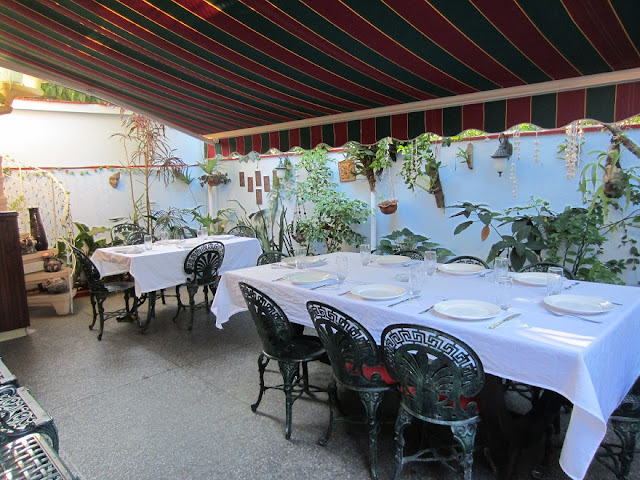 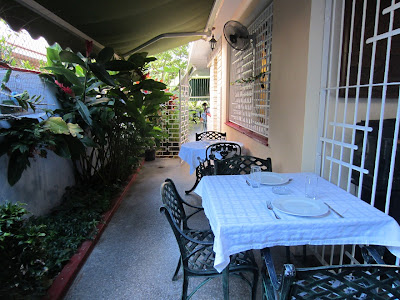 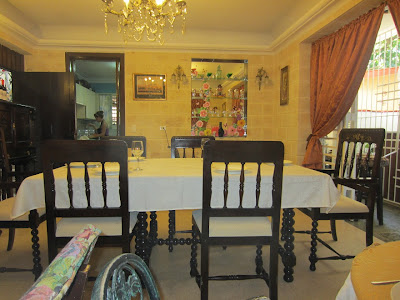 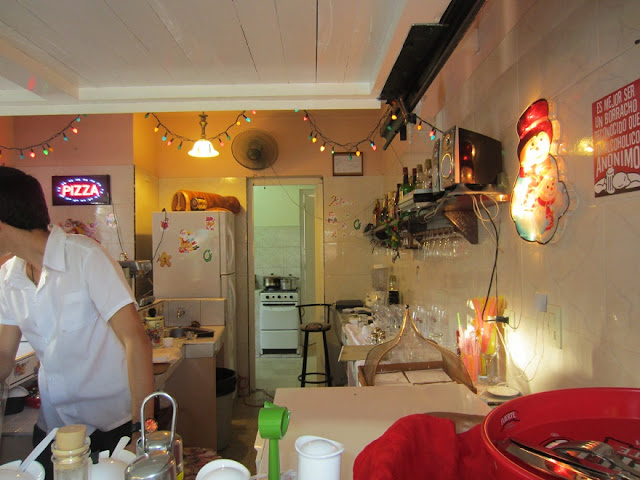 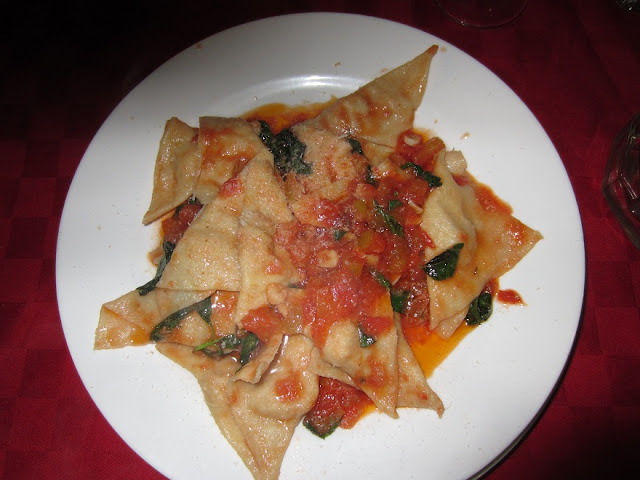 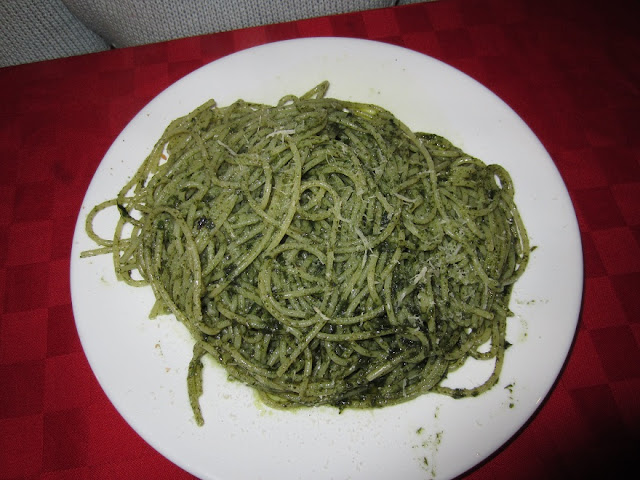 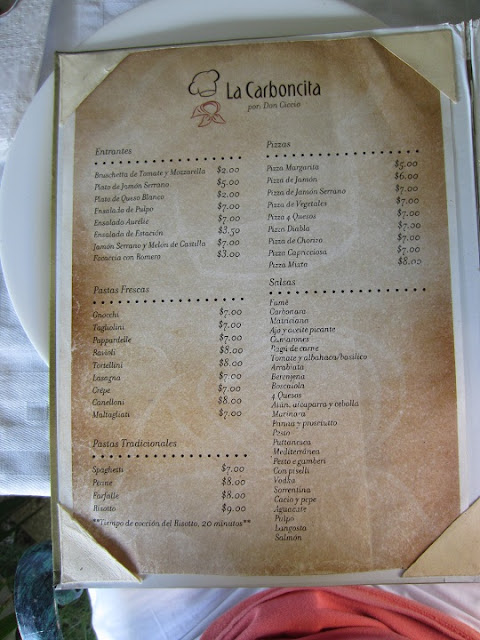 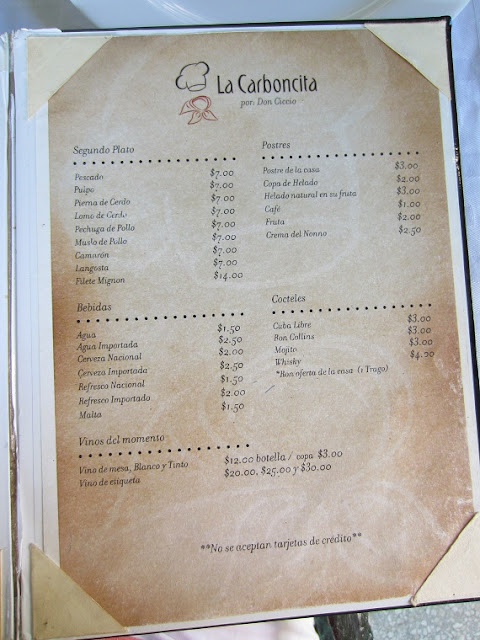