A Walk Along Prado

For those of you who don't know, Prado is a boulevard that runs from the Malecon (ocean) right on up to and past the Capitolio over to the Parque de La Fraternidad. The main part or the one that everyone knows is the piece from the Malecon up to where it opens up to Parque Central, or the other way around.
The work on this road began in the 1770's and wasn't finished until the mid 1800's. The 8 bronze lions were added in 1928. There's a wide elevated walkway lined with trees and benches that runs down the middle of the street. The street is lined by some beautiful and some not so beautiful buildings. There's an interesting mixture of decaying buildings and restored mansions. You'll find a little of everything along this street; hotels, restaurants, bars, cafes, museums, wedding chapel, dance school..... The walkway is a great place to people watch. Everyone and anyone walks and sits along this piece of space. It's used as a playground for schools in the area and you'll find kids playing there at any given time during the day. Roller blading seems to be a new thing in the last few years. The smooth marble that's been used to line the walkway makes it perfect for rollerblading. On Saturdays, artists display their works and the walkway turns into a market.
It's a very pretty walk with the shade trees, old lamps and the lions. When you get to the bottom you'll see a memorial commemorating the spot where 8 medical students were unjustly executed in 1871. It's called the 'Estudiantes de Medicina'. Right across the street is the Castillo de San Salvador de La Punta built at the end of the 16th century. The figure that dominates the area however is Maximo Gomez sitting on a horse. He was a great military leader during Cuba's 19th century wars of independence and fought along side Jose Marti. It was erected in 1935.
That's about it in a nutshell, a great way to send about an hour or so, especially if you start from the Parque de La Fraternidad. I believe it's a must see. 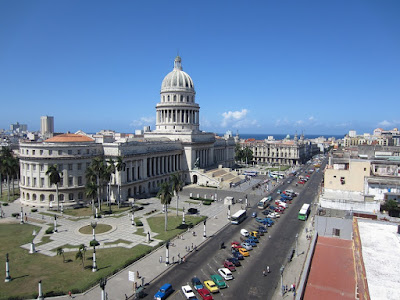 View from atop the Saratoga Hotel 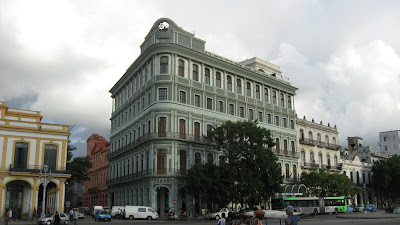 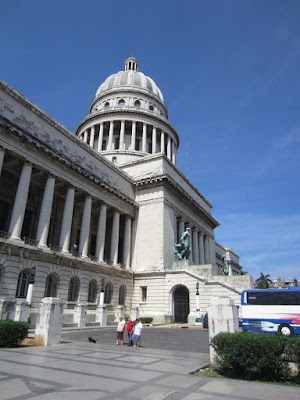 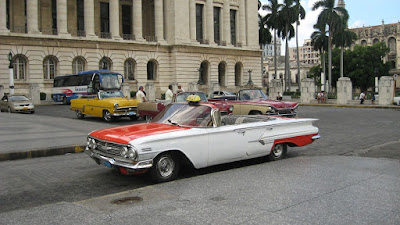 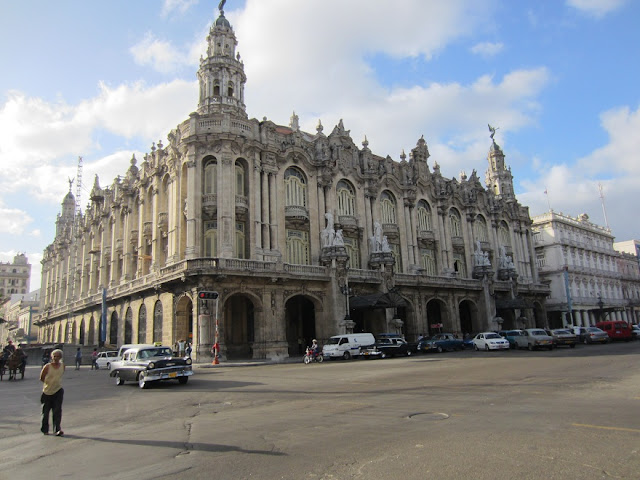 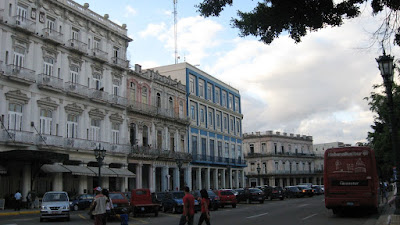 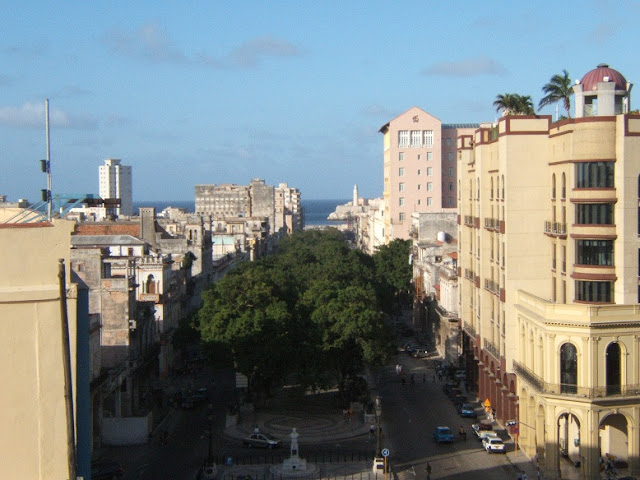 Looking down towards the ocean 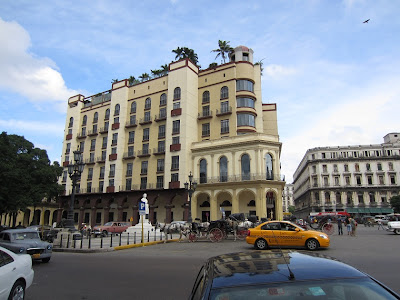 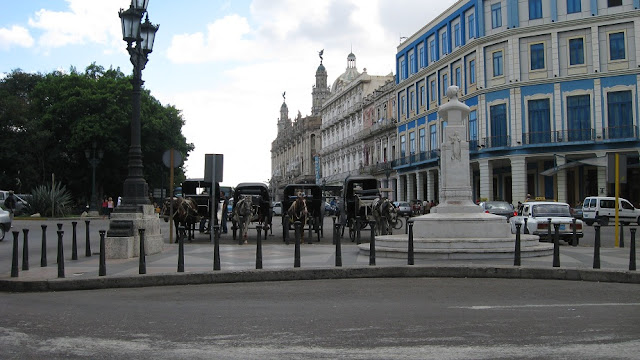 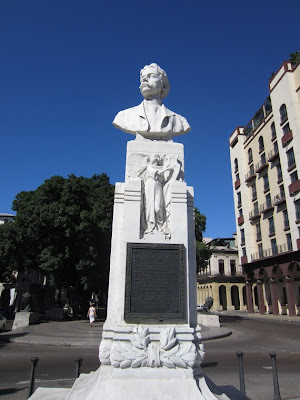 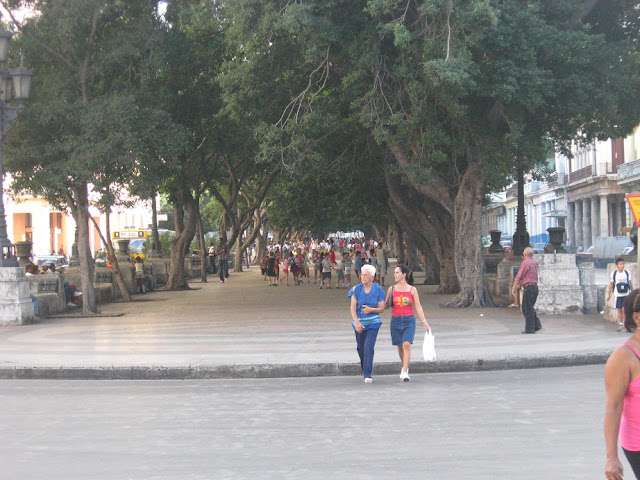 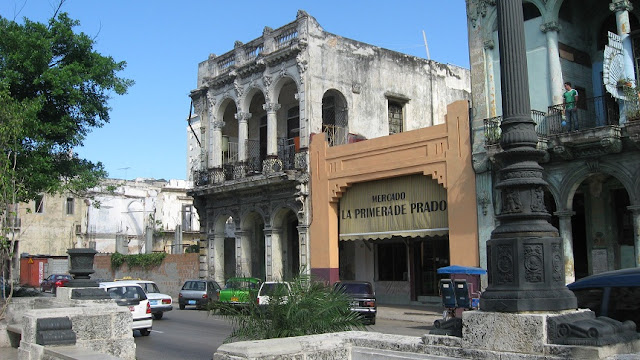 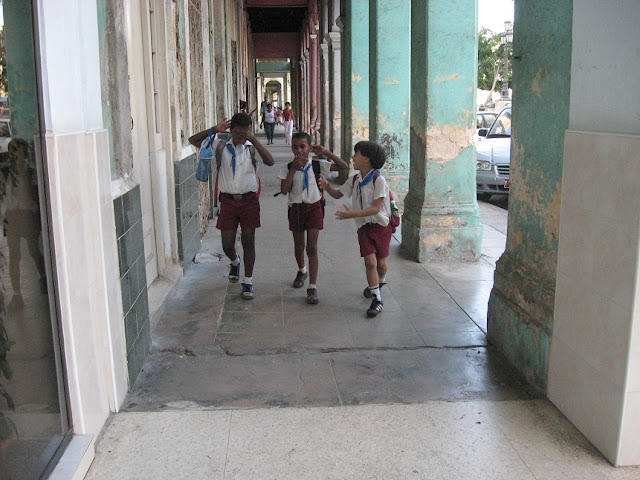 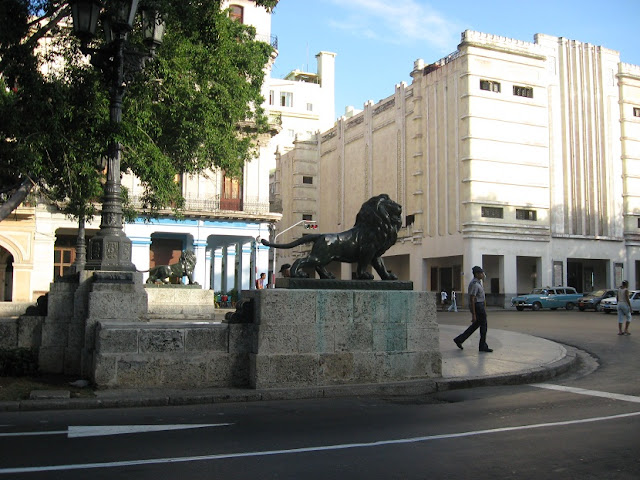 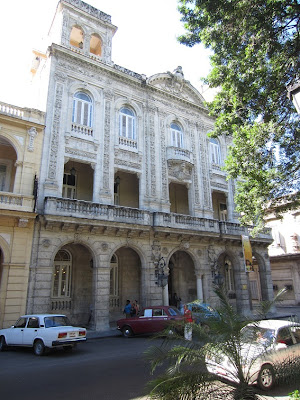 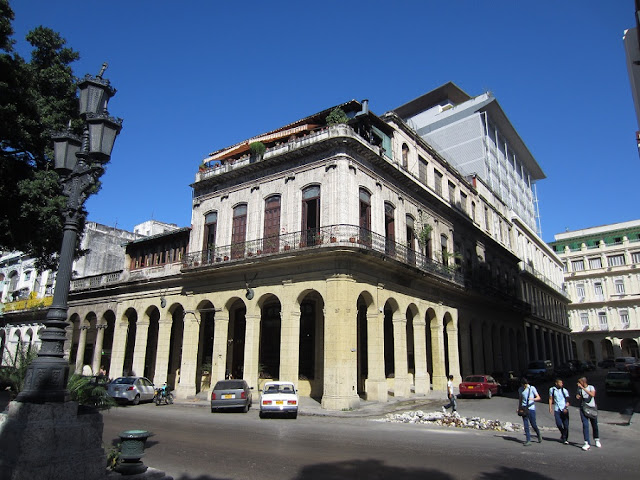 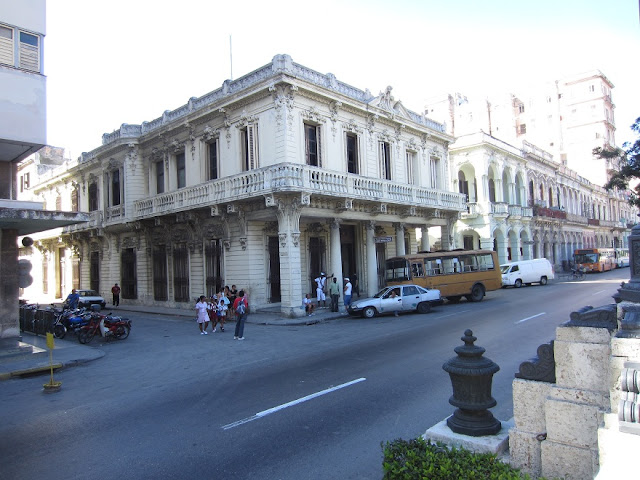 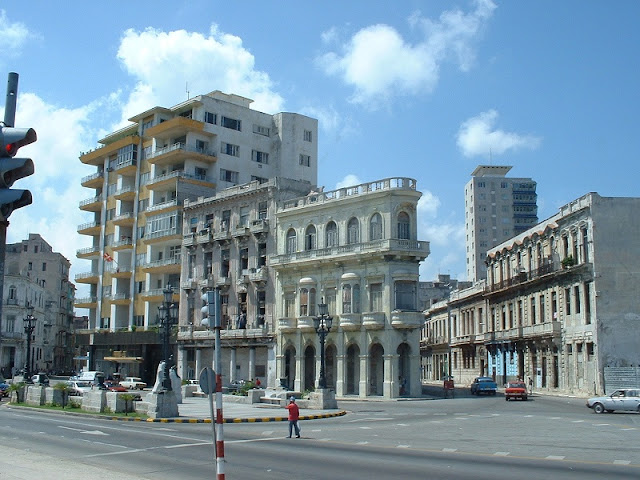 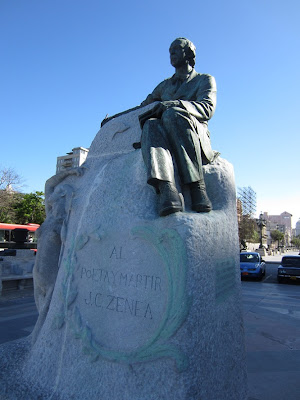 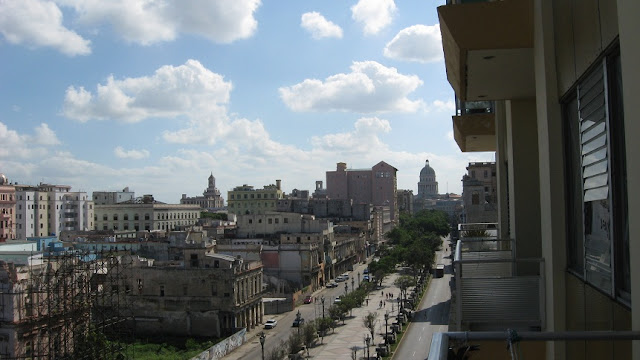 Looking towards the Capitolio 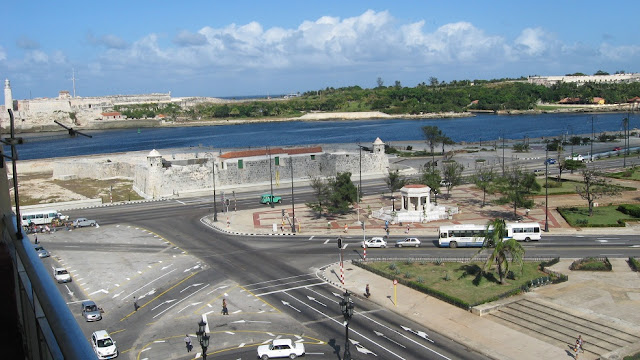 Looking at the Castillo and the Memorial 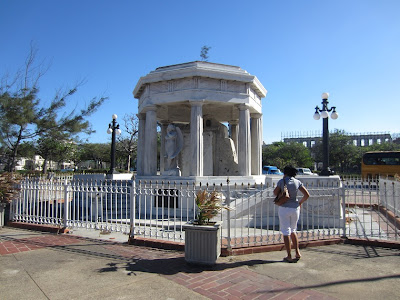 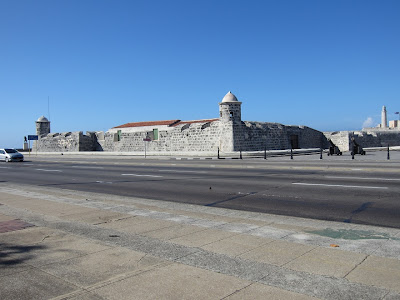 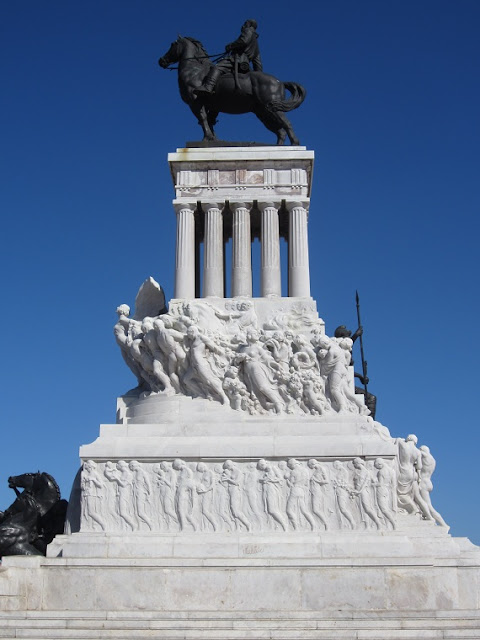 Maximo Gomez
Posted by matteocigars at 11:28