I had smoked one of these cigars (unbanded) a few months before they were released and  really enjoyed it. This particular one was gifted to me by a friend and I was anxious to try it. I actually enjoyed the unbanded one more, it would have been fresher. The one I smoked for this review was undergoing some kind of change, it definitely needed some time before being smoked now.
This cigar weighs in at 58 x 127 (5") and is considered a Robusto. It had a dark, bumpy wrapper that was oily and slightly mottled. Cut and lit, it had a good draw with flavours of wood and chocolate with a hint of floral. It was very different than the fresher one I smoked, the initial flavours on this one had settled down but I predict that these cigars are going to go through many more changes before they're ready to smoke. Right from the start the burn was already off  and so it went pretty much through the entire smoke. Less than an inch through the cigar and wood overpowers all other flavours and the hints of floral are gone. At the 1" mark the cigar becomes very earthy with wood taking a back seat. This is a medium to full bodied cigar at this point.
One third into the cigar, the burn is worse and the touch of floral rears it's ugly head once again. Nearing the half and the ash is still holding on. I take off one of the bands without upsetting the ash but at about the halfway mark it finally falls on its own. Picking up some maduro-like flavours at this point....Earthy with floral undertones. It's turned out to be a full-bodied smoke. I took the second band off and the burn is so bad that I had to do a touch-up. The cigar was very full flavoured and getting stronger and by the time I got to the last third it was becoming unsmokable for me.
As I said, it needs some time to rest....it's only going to get better. If you can still find them, they're worth buying. 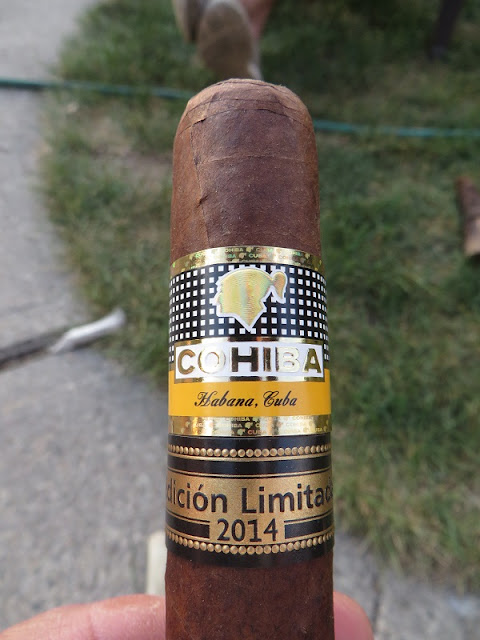 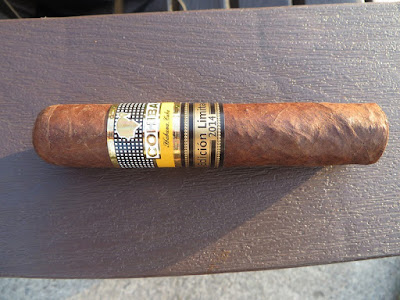 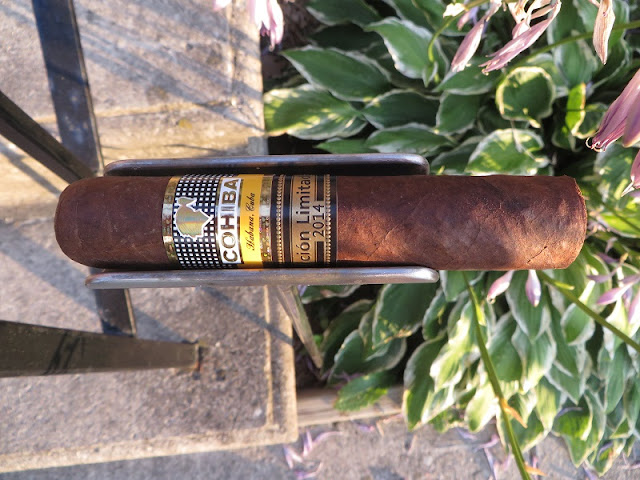 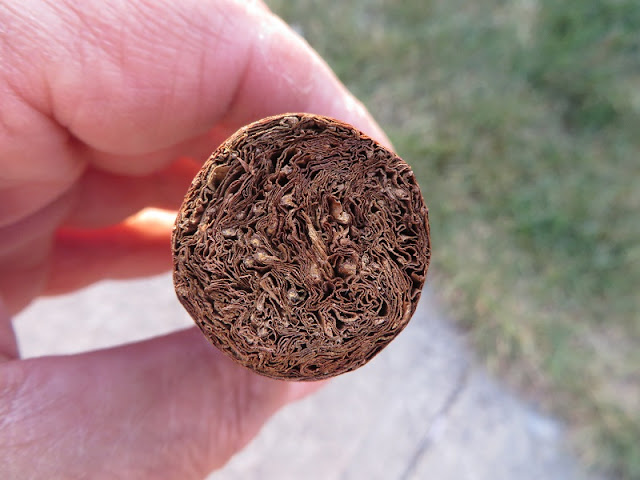 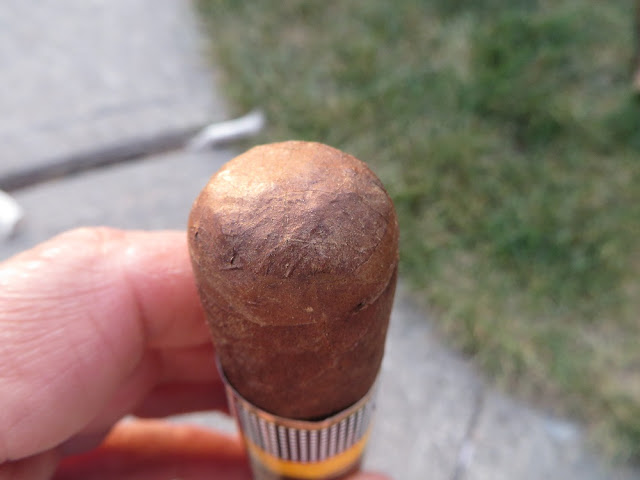 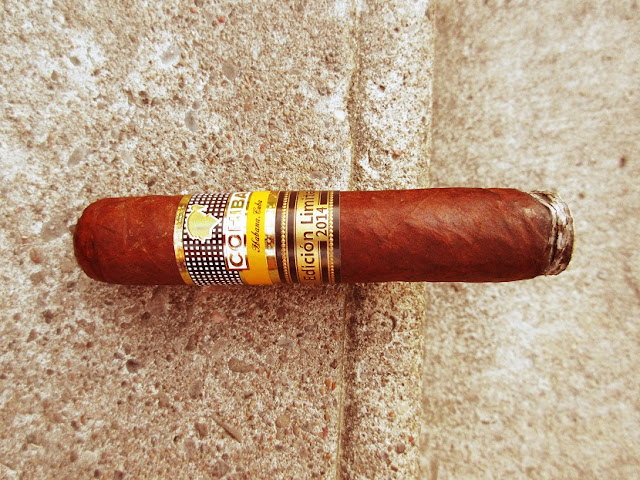 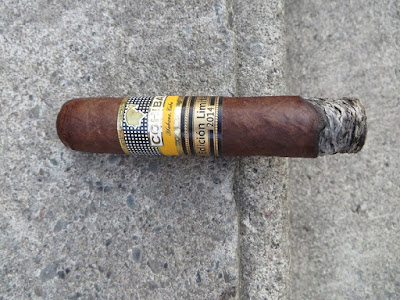 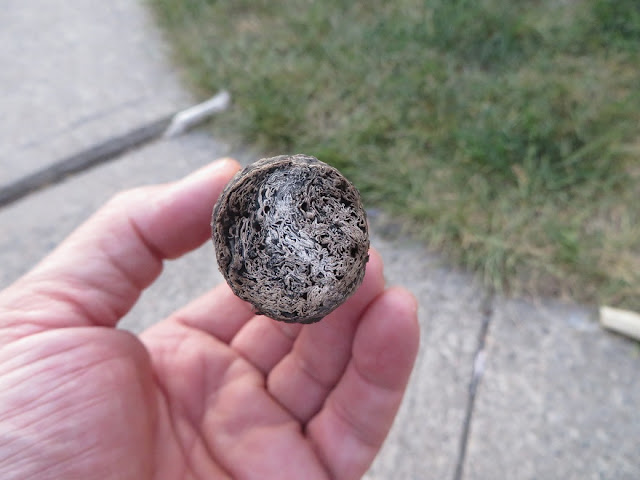 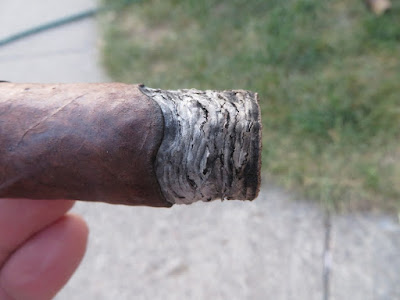 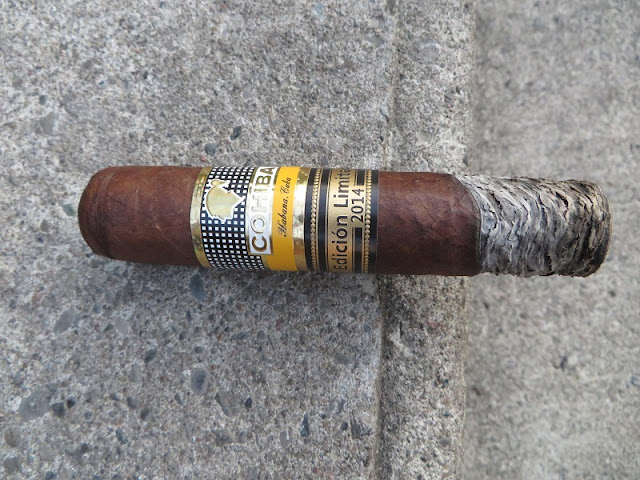 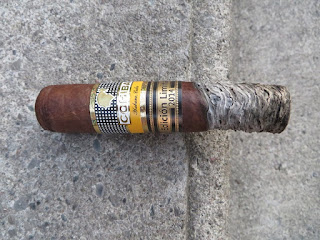 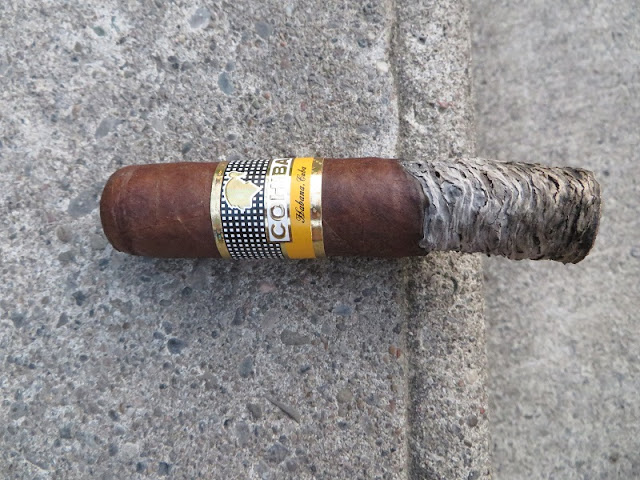 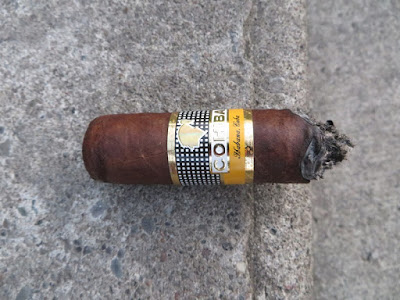 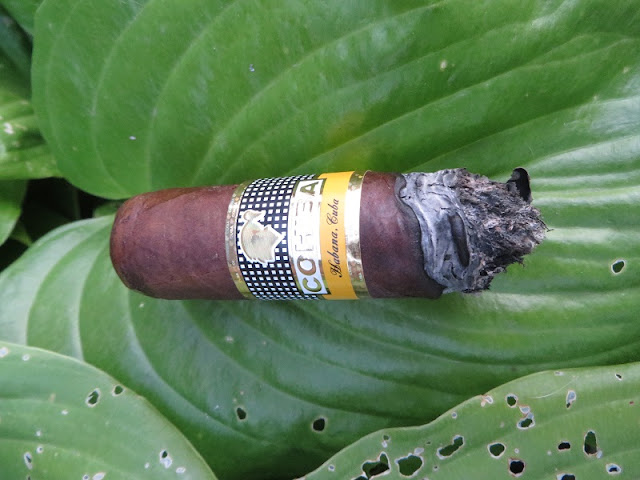 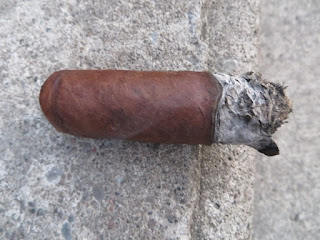 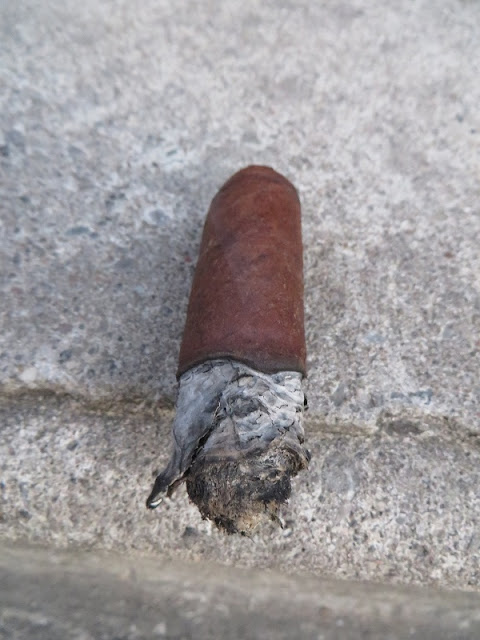 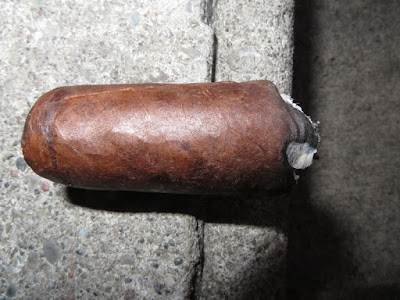