The Basilica and Monastery of San Francisco de Asis (where the Plaza gets it's name) were built at the end of the 16th century but a Square of some kind was here before that. It all started earlier that century when Spanish ships would stop on their way back to Spain. A market sprung up at that time, before the church, it was eventually moved to Plaza Vieja. Plaza San Francisco is the second oldest in the city. It has gone through some major restoration since the late 90's. The Terminal Sierra Maestra which faces the Plaza is where the Cruise Ships unload all the tourists. The Lonja del Comercio was the old Commodities Market, built in 1909, it was part of the restorations that were done in 1996. It's now used as office space for foreign companies involved in Joint Ventures with Cuba. The white marble fountain next to the church is called the Fuente de Los Leones (Fountain of Lions), it was carved by an Italian sculptor, Giuseppe Gaginni, in 1836. The statue in front of the entrance to the church is that of the "Caballero de Paris". The statue was made by Jose Maria Lopez-Lledin, it depicts a well-known, kind hearted street person who walked the length of Havana in the 50's, becoming quite famous. The Plaza faces the Harbour and gives it a sense of being very large. It's a beautiful spot to have a drink on the Patio of the Cafe Oriente, visit one of the Art Galleries or enter the Church and climb the Bell Tower for a fantastic view of the Plaza and beyond. This should be on the short list of places to visit in Old Havana in my opinion.

PS....there's also a bank here where you can exchange money or get some from you credit card. 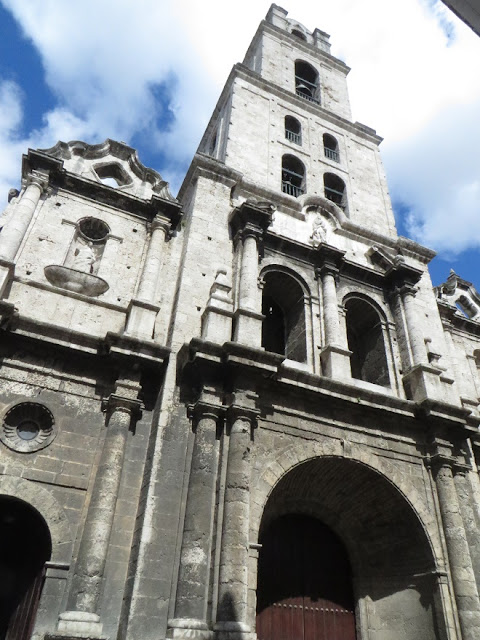 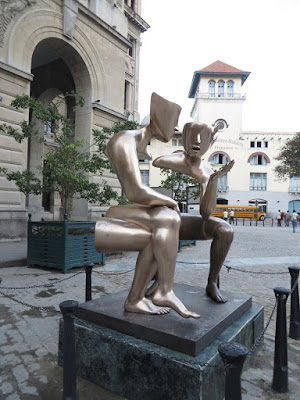 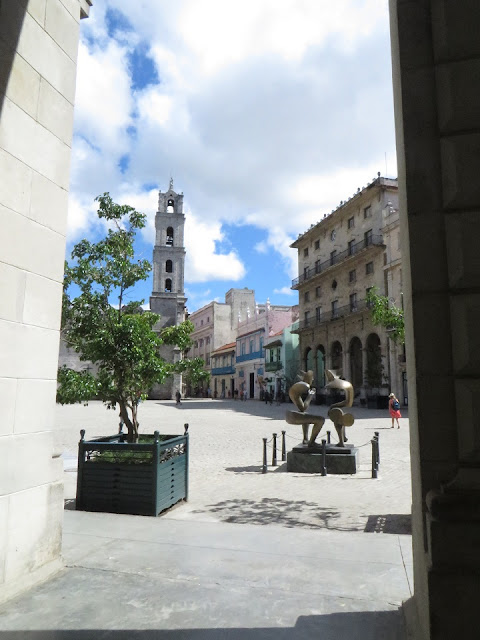 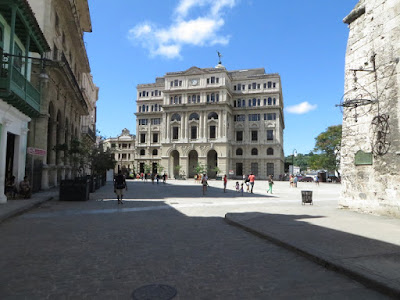 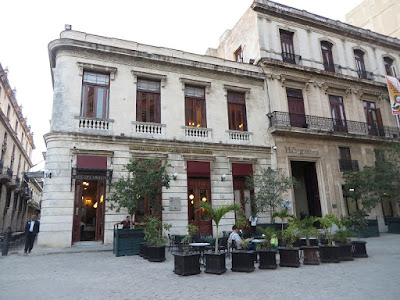 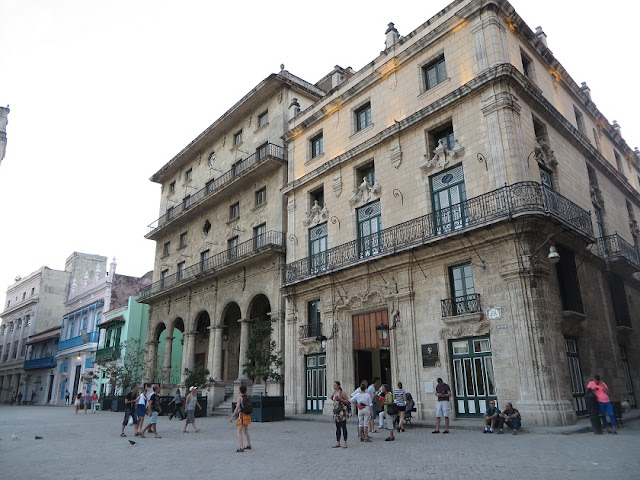 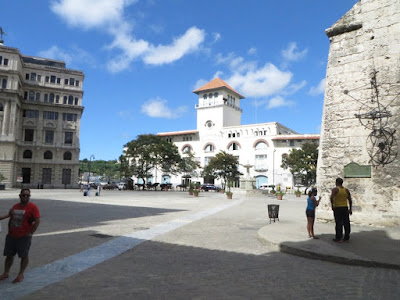 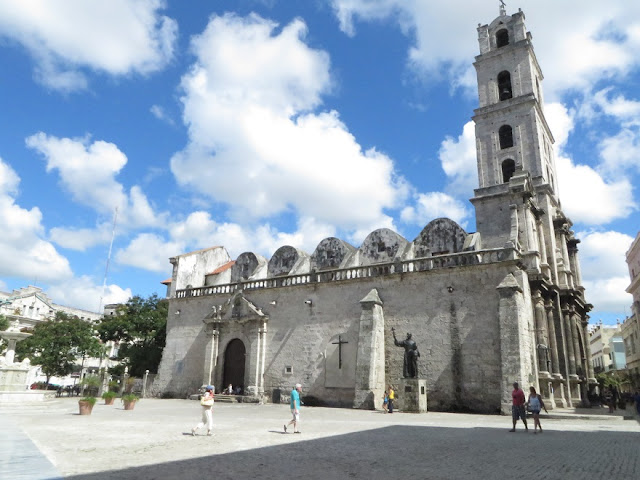 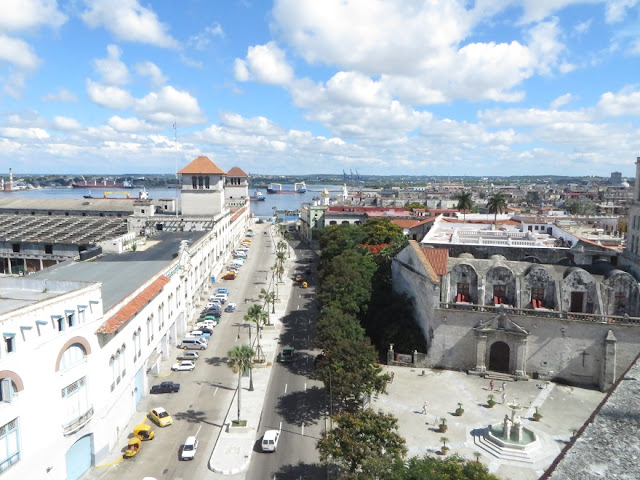 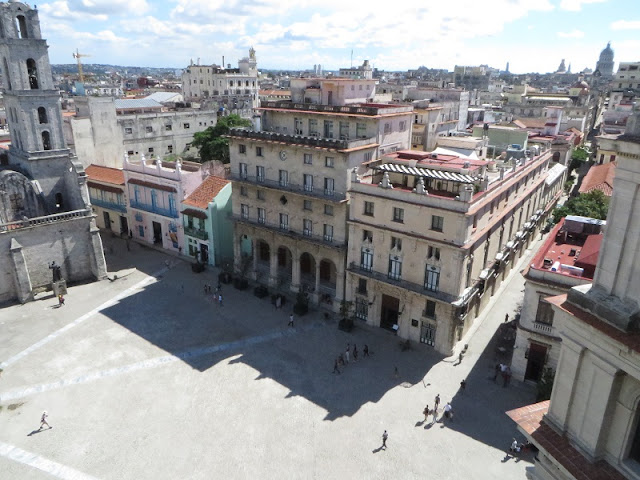 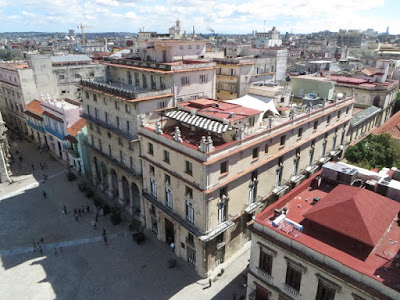 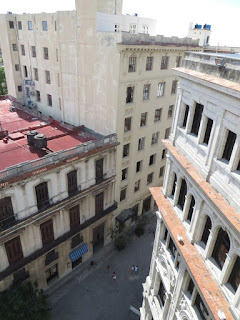 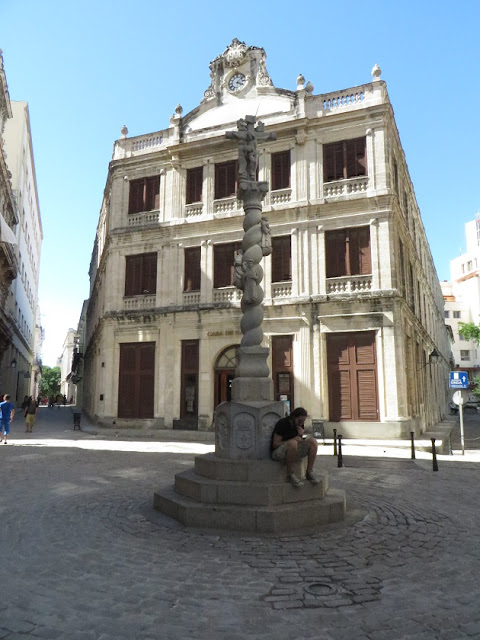 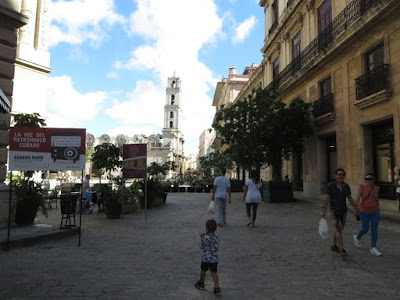 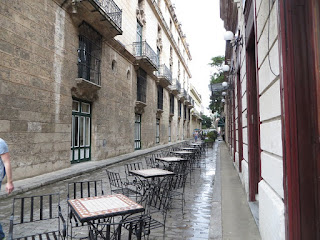 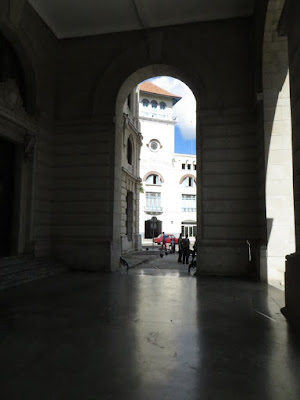 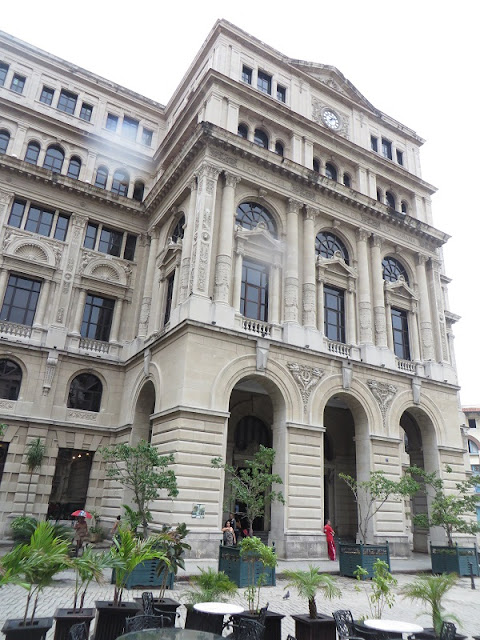 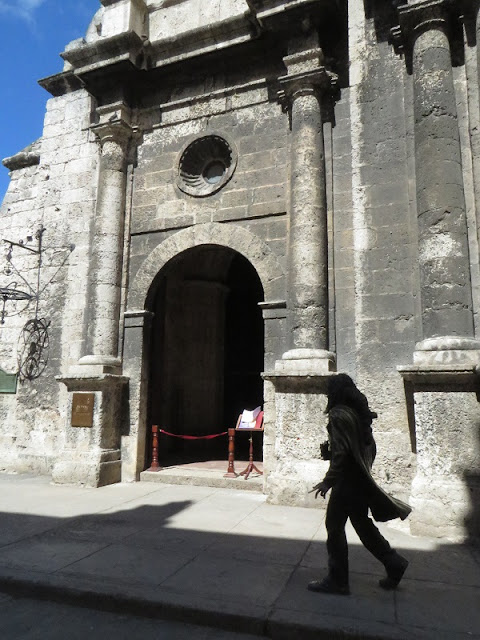 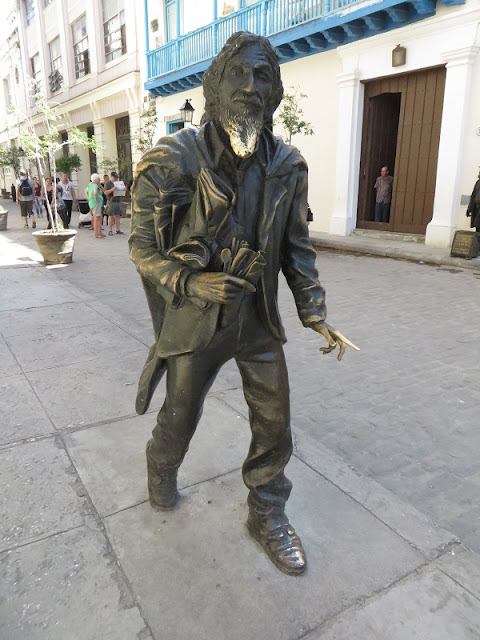 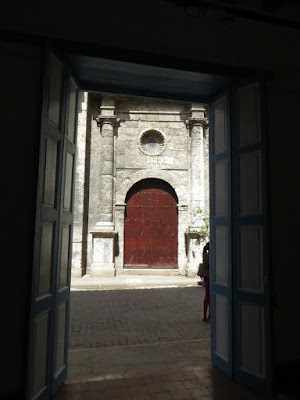 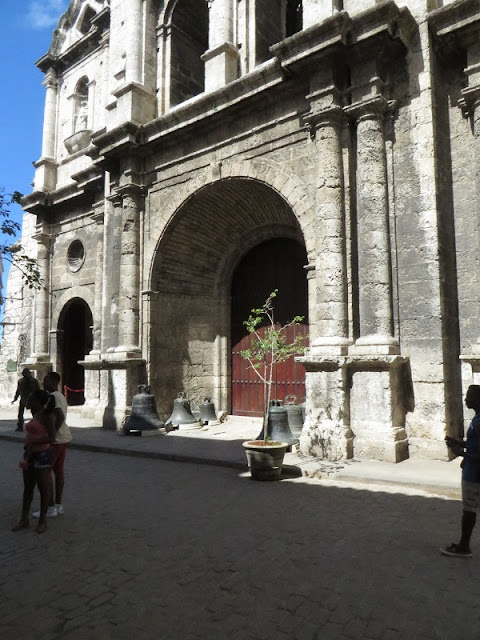