I don't know what to say, this restaurant is rated 10th best in Havana by Trip Advisor, I can't believe it. I must have had the worst experience because I found the service to be horrible. I had to get up twice, once for salt and another time to get a beer, because the waitress was hardly ever around. Located right on the Malecon, there's no denying that the view from the patio is the best and I can imagine the sunsets to be spectacular. The presentation of the foods we ordered was well thought of as is the decor with it's posters of Russia and Communism as well as pictures regarding the Cuban-Russian alliance. My partner's Russian Salad was far better than the Borscht soup I ordered as my appetizer. Maybe I had high expectations or maybe it just wasn't that good, it was pale and relatively flavourless (hench the salt) except for the dill weed which they put everywhere. My lamb stuffed pasta was nice as was the Beef Stroganoff but my partner's Filet Mignon was tender but overcooked. Wine doesn't seem to be their forte but they have an interesting mix of alcohol and cocktails. Will I come back? I'd like to give it another shot but I'm afraid my girlfriend will not want to return, she's not an adventurous eater like me, I'll have to come back with friends.
All in all it isn't a bad place and the food is pretty good, I understand that the service can be off one day and I need to give it another chance....but top 10?? There are quite a few nice restaurants in Havana today and I'm sure I can name 10 that are better than this one. It's right on the Malecon close to Prado, you can't miss it, look for the huge Russian flag.

PS........except for the menu and decor, there was no indication that this restaurant has anything to do with Russia. What I mean to say; the staff is not dressed in the garb, Russian music isn't playing, whatever else that could add to the illusion. 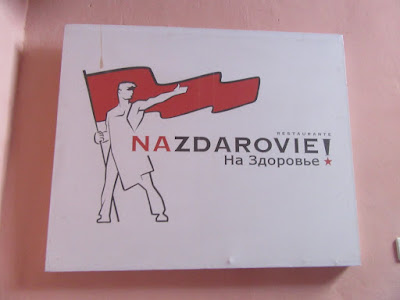 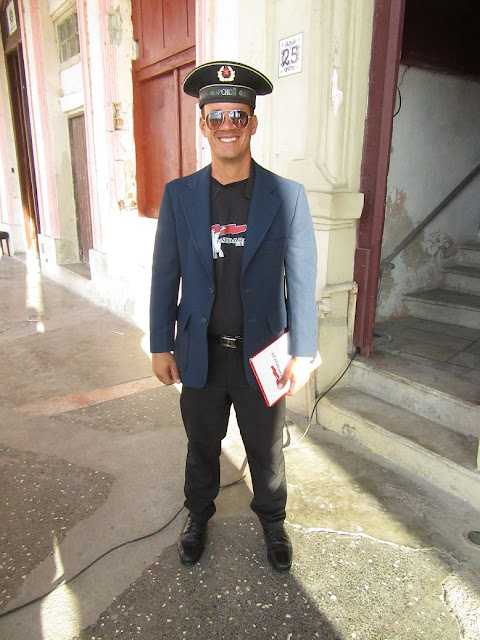 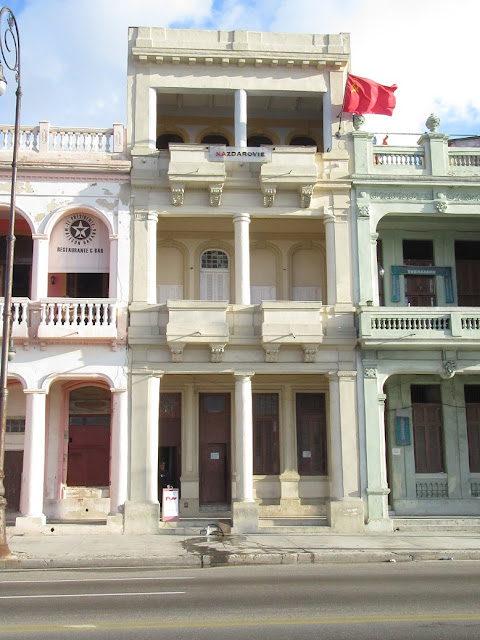 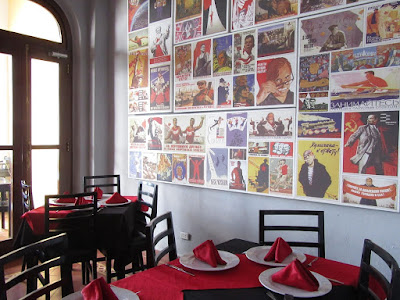 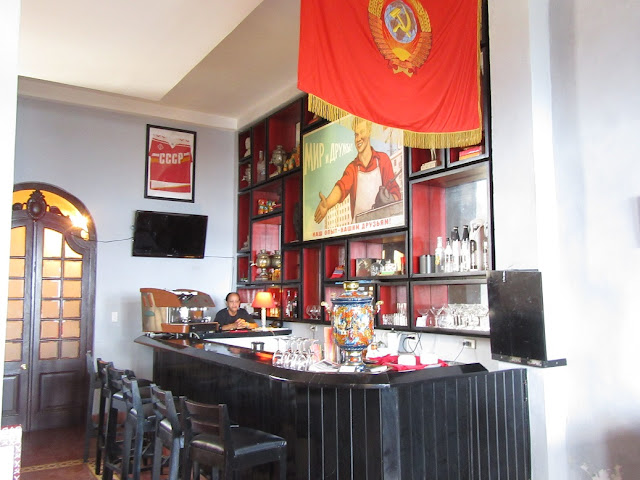 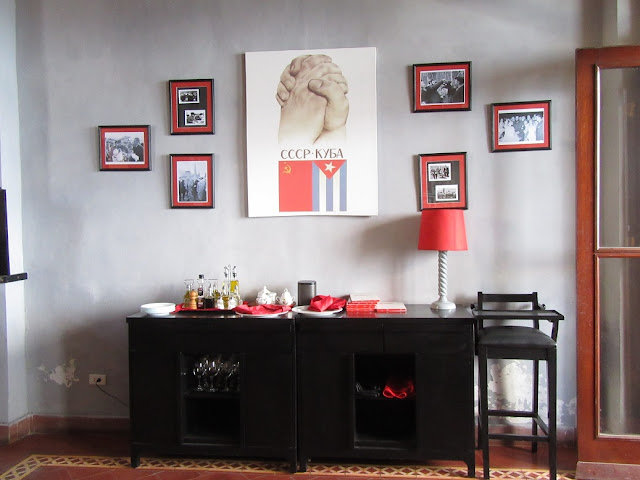 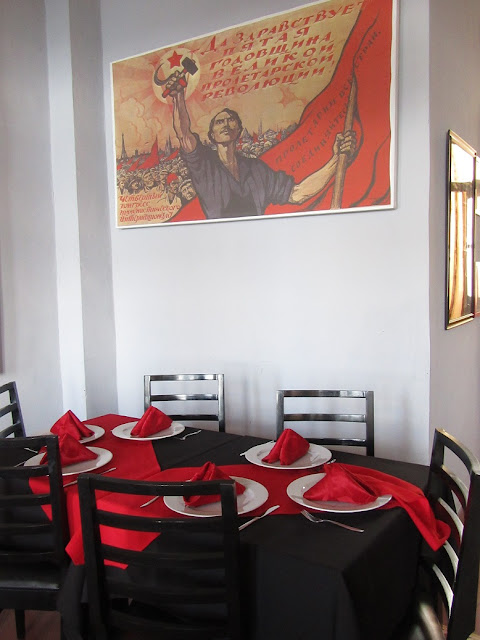 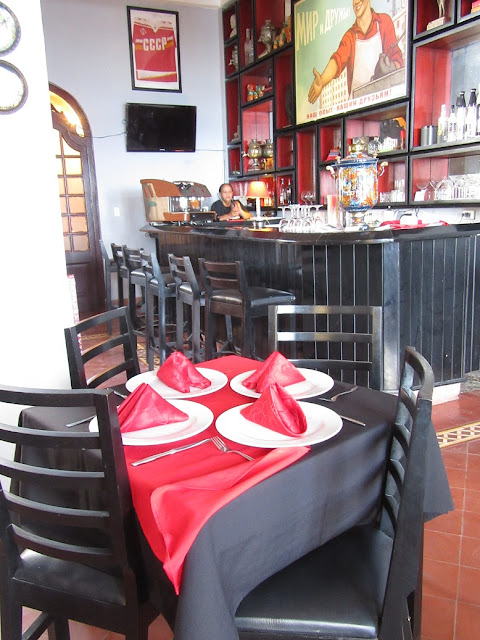 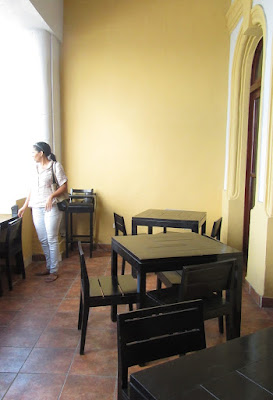 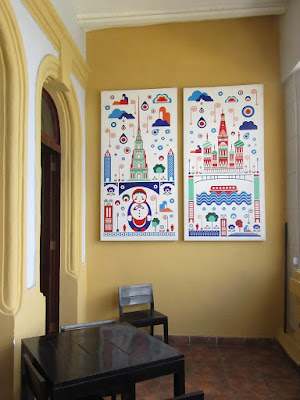 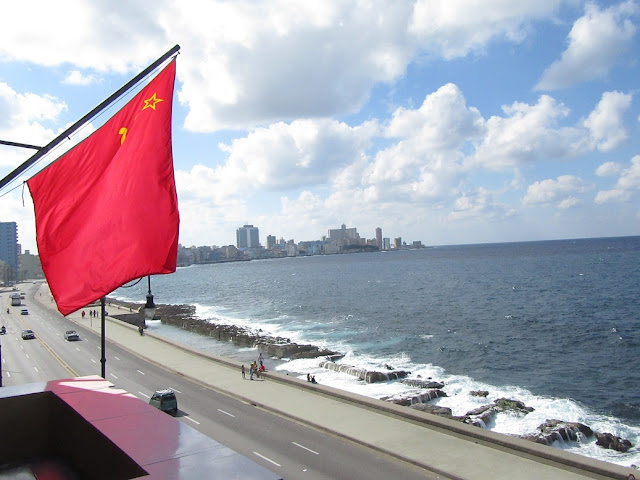 view from the patio 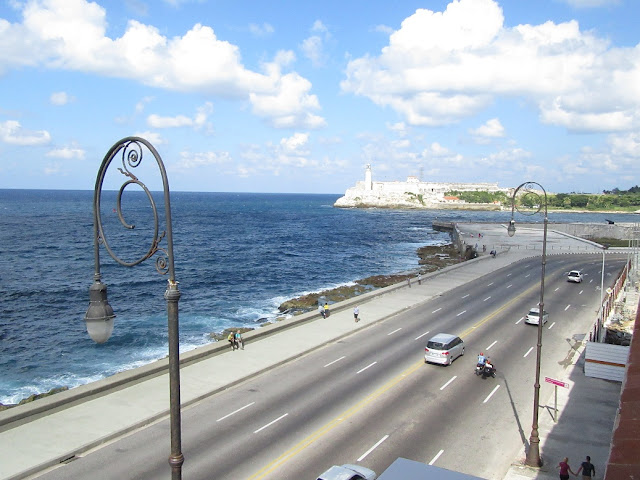 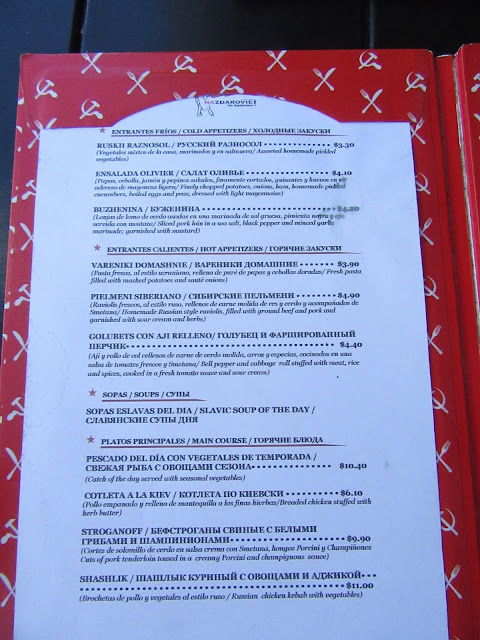 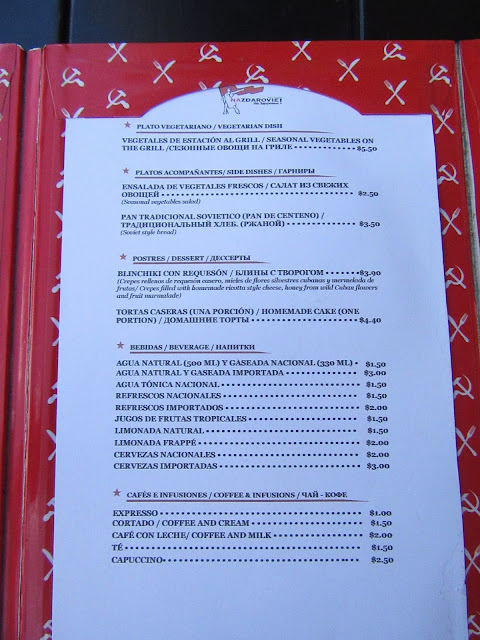 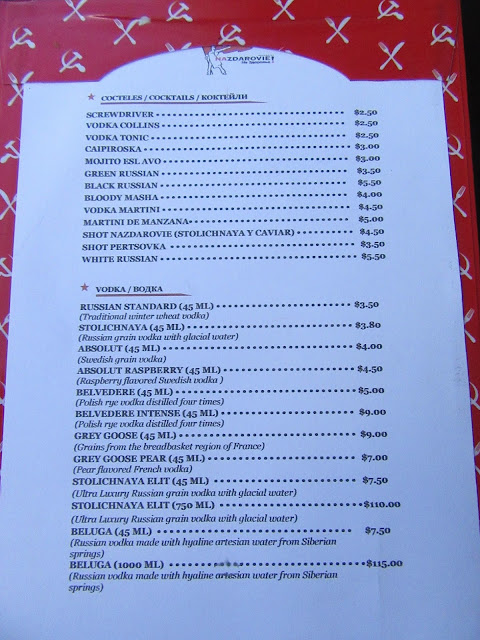 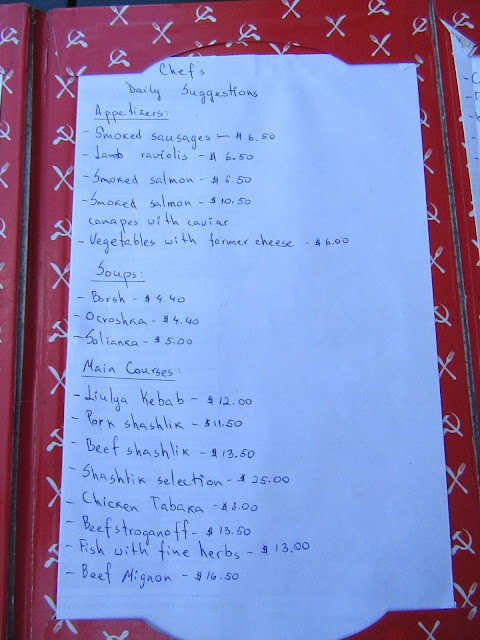 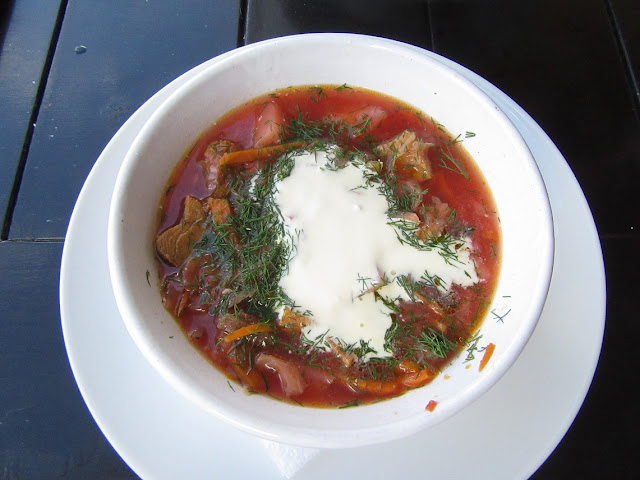 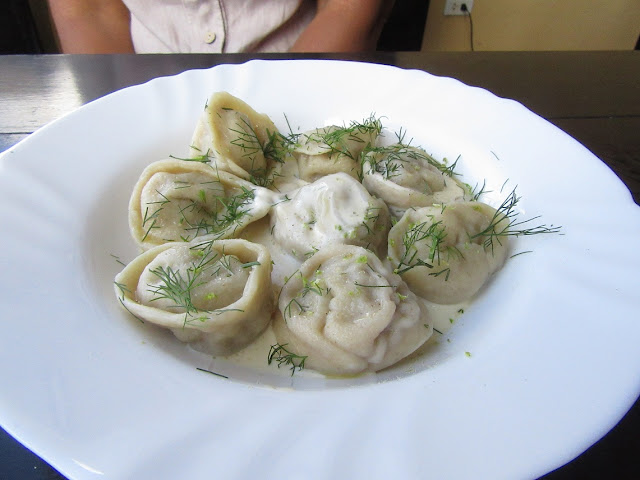 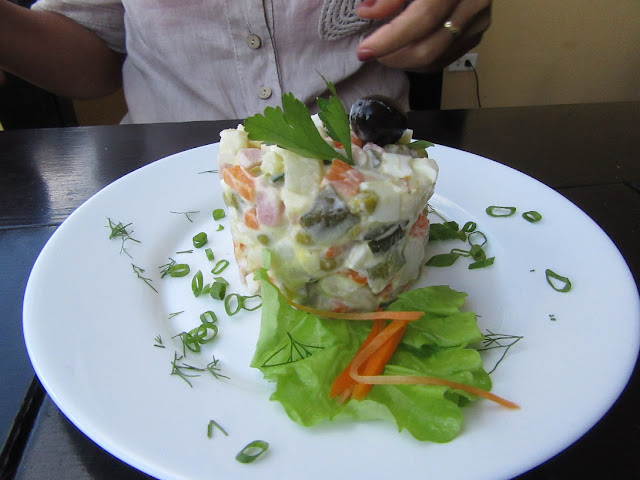 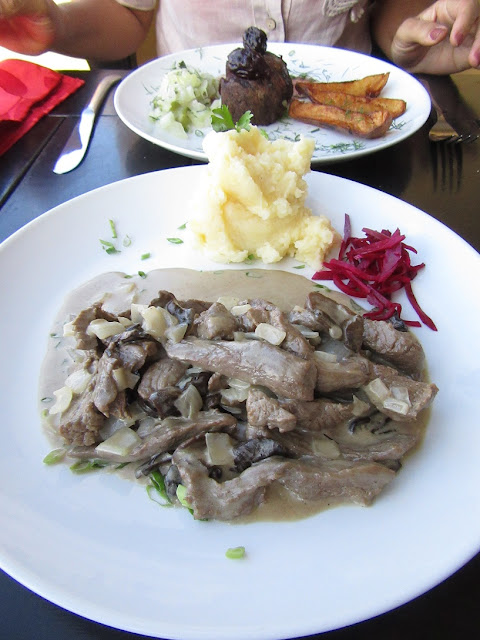 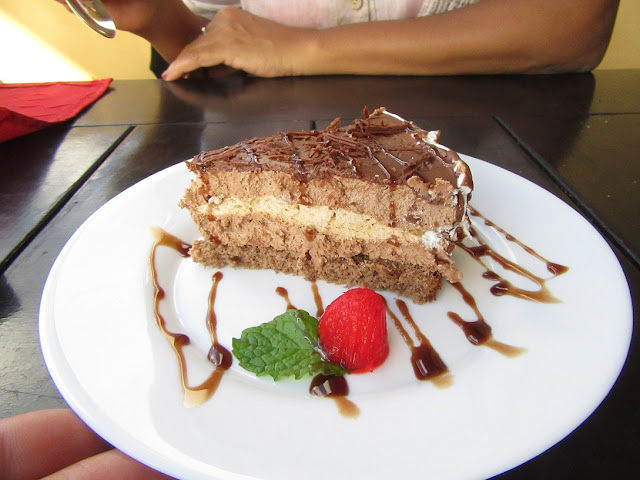 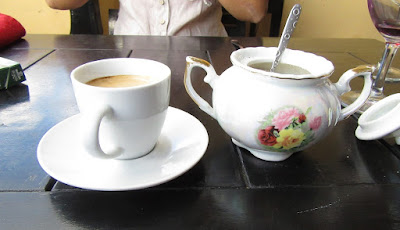 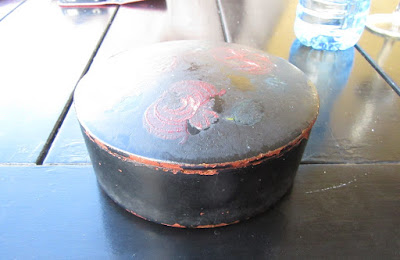 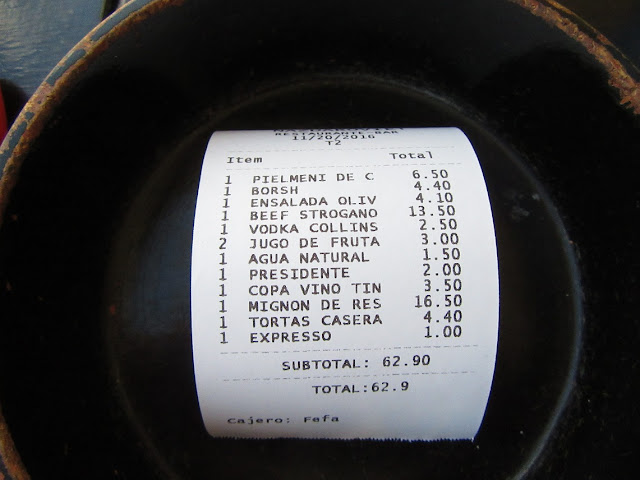 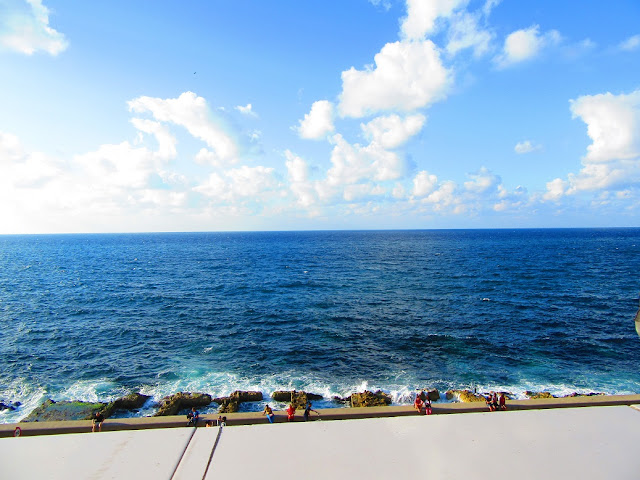 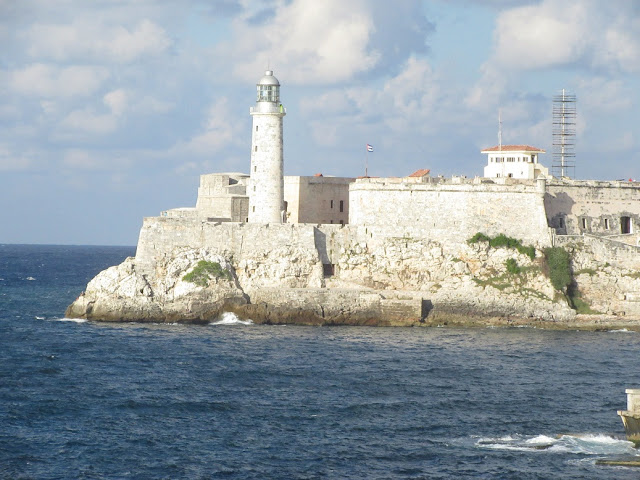 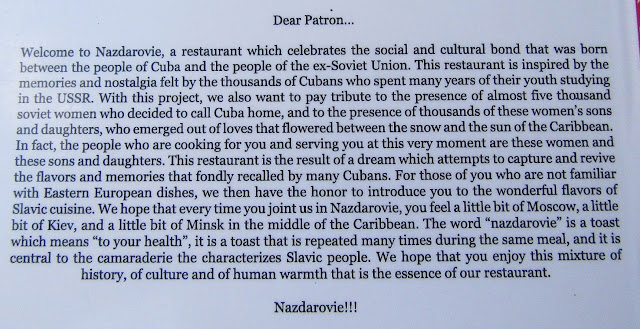