Cuba, and more so in Havana, is littered with statues of fallen heroes and some characters that had nothing or little to do with Cuba. There is even a statue of the samurai Hasekura Tsunenaga, the first Japanese person to visit Cuba in 1614....now who the heck would know that if they saw the statue. You practically trip over monuments or statues as you walk through the city. Below are pictures of just a few of them with a short version of what "wikipedia" has to say about the person. 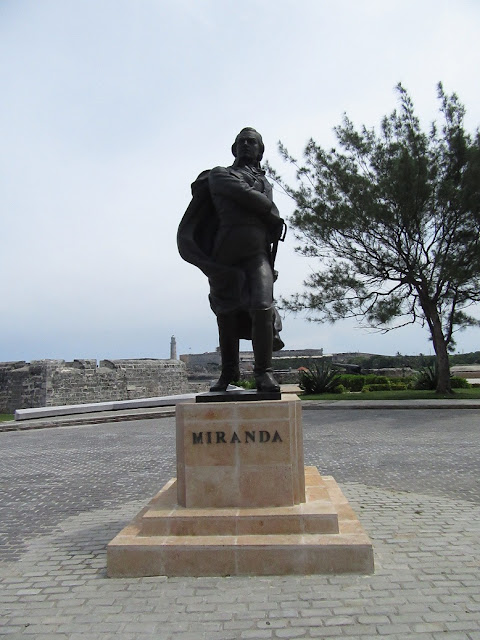 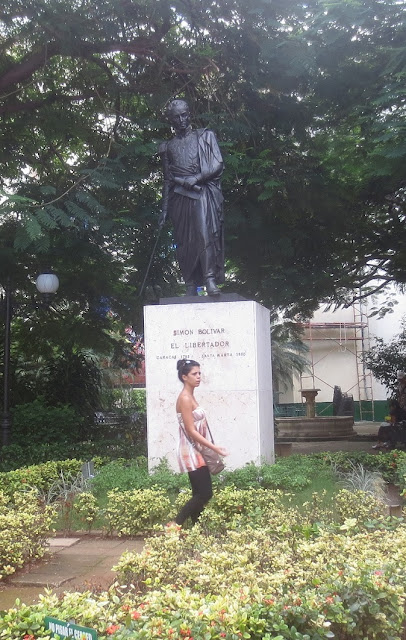 Simón Bolívar (24 July 1783 – 17 December 1830)
was a Venezuelan military and political leader who played a leading role in the establishment of Venezuela, Bolivia, Colombia, Ecuador, Peru and Panama as sovereign states, independent of Spanish rule. 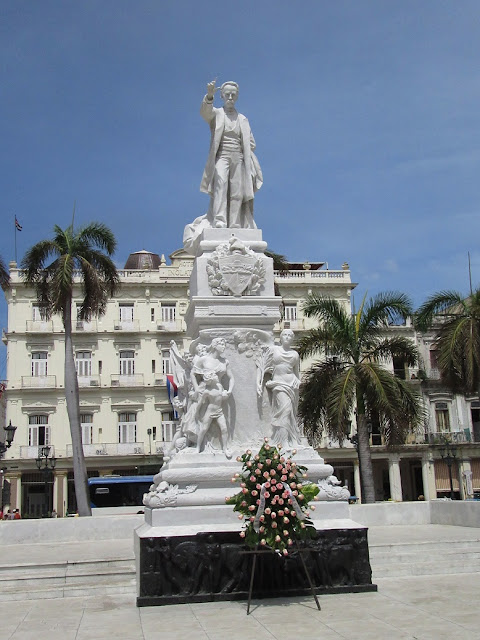 José Martí (January 28, 1853 – May 19, 1895)
was a Cuban national hero and an important figure in Latin American literature. In his short life, he was a poet, an essayist, a journalist, a revolutionary philosopher, a translator, a professor, a publisher, a Freemason, a political theorist, and supporter of Henry George's economic reforms known as Georgism. 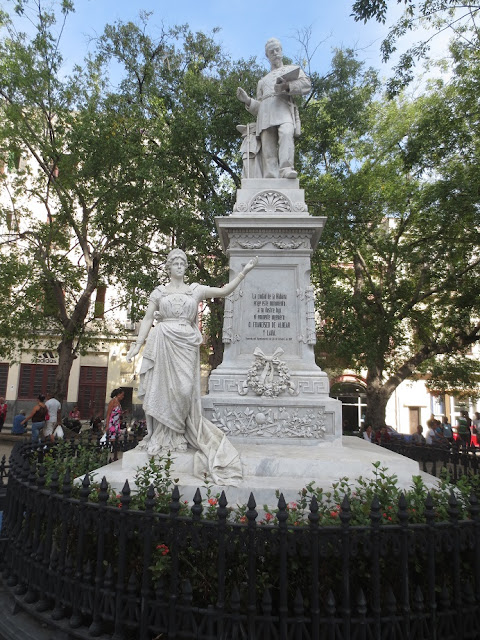 Francisco de Albear y Fernández de Lara (January 11, 1816 – October 22, 1887)
was a Spanish engineer from Cuba. His main achievement was the project for the catchment of the Vento springs and their conveyance to Havana for the water supply of the city, now known as the Acueducto de Albear. The project was designed in 1855 and the construction started in 1861, being completed in 1893. It was distinguished with the Gold Medal of the Éxposition universelle of Paris 1878. The aqueduct is still in operation. 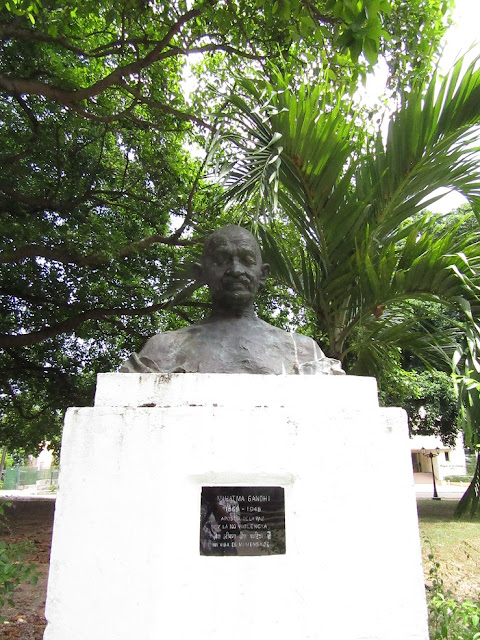 Mahatma Gandhi (2 October 1869 – 30 January 1948)
was the preeminent leader of the Indian independence movement in British-ruled India. Employing nonviolent civil disobedience, Gandhi led India to independence and inspired movements for civil rights and freedom across the world. 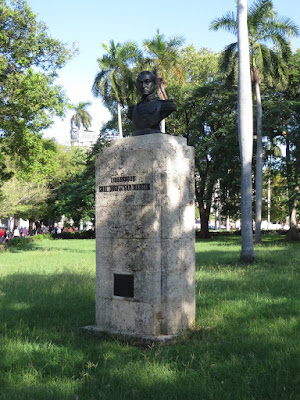 José de San Martín (25 February 1778 – 17 August 1850)
was an Argentine general and the prime leader of the southern part of South America's successful struggle for independence from the Spanish Empire. 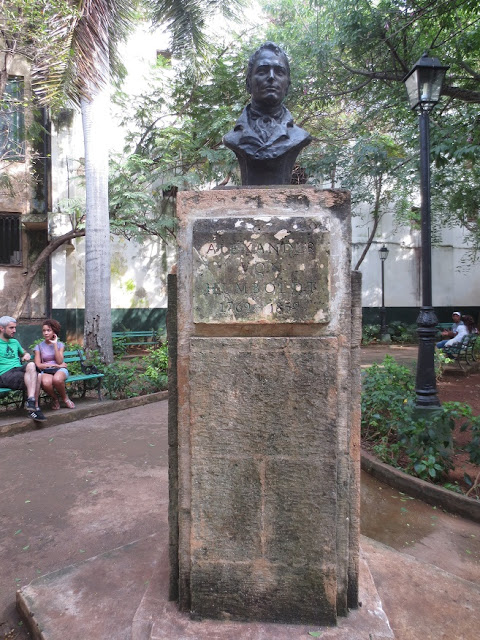 Alexander von Humboldt (14 September 1769 – 6 May 1859)
was a Prussian geographer, naturalist, explorer, and influential proponent of Romantic philosophy and science. Between 1799-1804, Humboldt traveled extensively in Latin America, exploring & describing it for the first time from a modern scientific point of view. 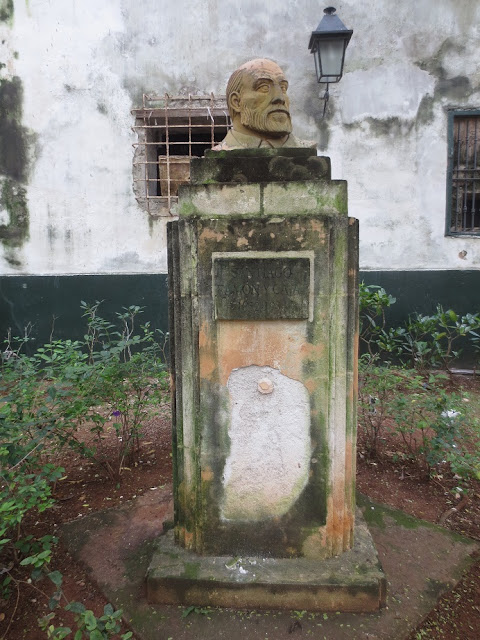 Santiago Ramón y Cajal (1 May 1852 – 17 October 1934)
was a Spanish pathologist, histologist, neuroscientist, and Nobel laureate. His original pioneering investigations of the microscopic structure of the brain have led to his being designated by many as the father of modern neuroscience. America Arias López (1857-1935)
with the Little War and then Independence in 1895 became a powerful auxiliary of her husband, was confidant of the mambises, and provided valuable and varied services to the cause of Cubans fighting in the fields and actively participated as a nurse and messenger and reached the rank of Capitana of the Liberating Army. 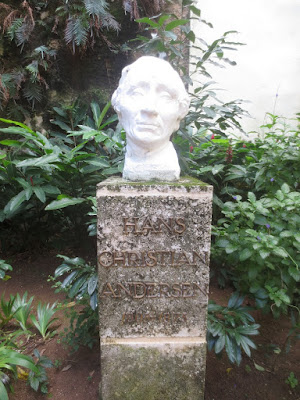 Hans Christian Andersen (2 April 1805 – 4 August 1875)
was a Danish author. Although a prolific writer of plays, travelogues, novels, and poems, Andersen is best remembered for his fairy tales. 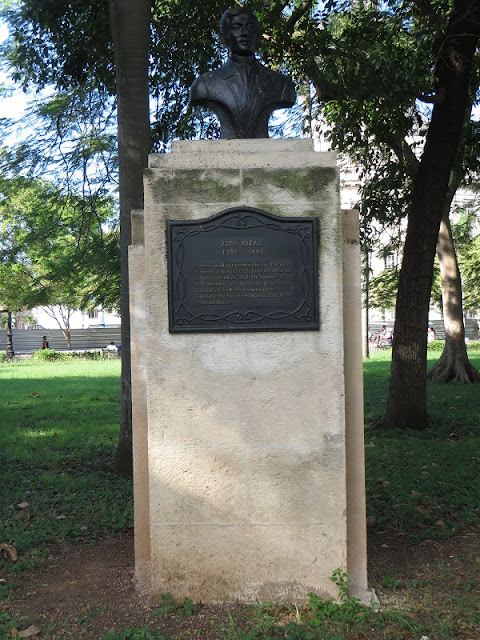 José Rizal (June 19, 1861 – December 30, 1896)
was a Filipino nationalist and polymath during the tail end of the Spanish colonial period of the Philippines. 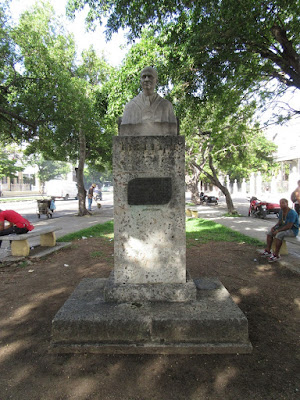 Carlos Azcárate Rosell (February 16, 1899 - August 23, 1946)
Jurist and Cuban politician. Descended from a family of famous lawyers graduated from law in 1921 . He opposed the dictatorship of Machado linking with several revolutionary opposition organizations. 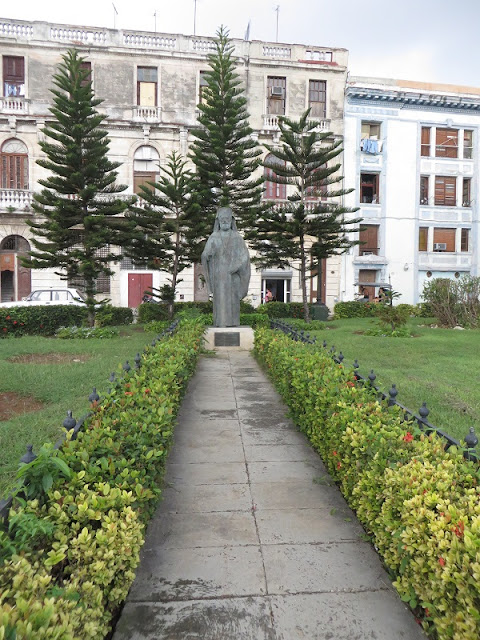 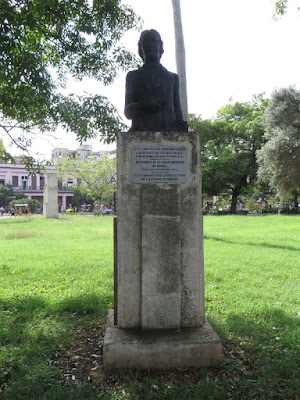 José Bonifácio de Andrada (13 June 1763 – 6 April 1838)
was a Brazilian statesman, naturalist, professor and poet, born in Santos, São Paulo, then part of the Portuguese Empire. He was one of the most important mentors of Brazilian independence. 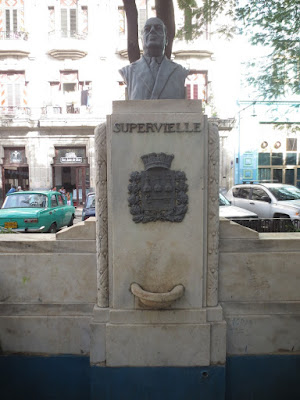 Manuel Fernández Supervielle (23 September 1894 – May 5, 1947, Miramar, Havana, Cuba)
was a Cuban politician and attorney. He obtained his law degree from the University of Havana. 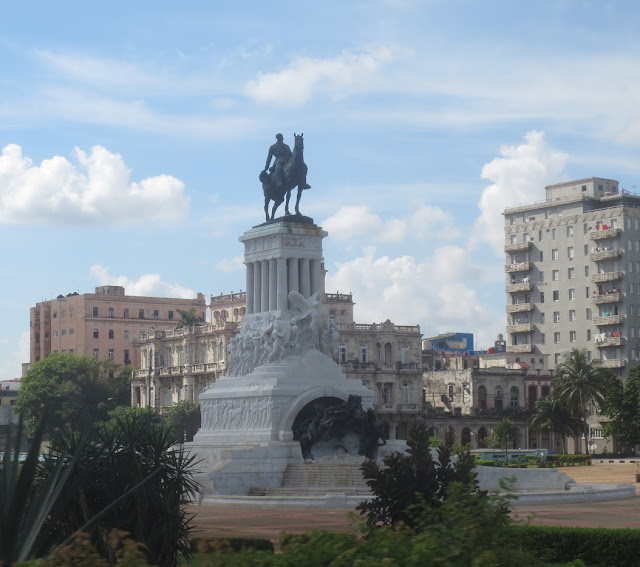 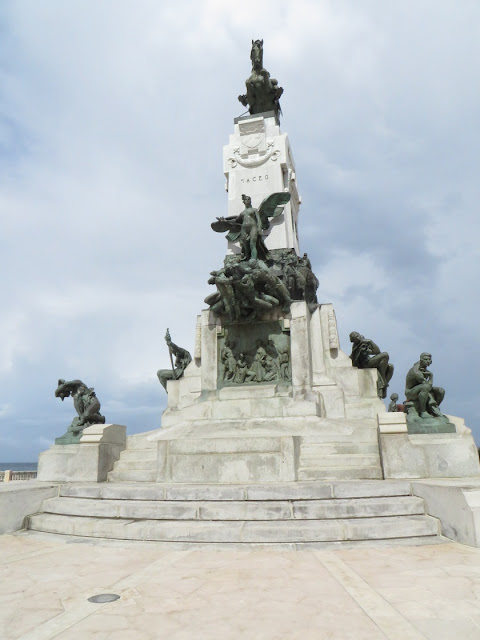 Antonio Maceo (June 14, 1845 – December 7, 1896)
was second-in-command of the Cuban Army of Independence. He was one of the most noteworthy guerrilla leaders in 19th century Latin America. 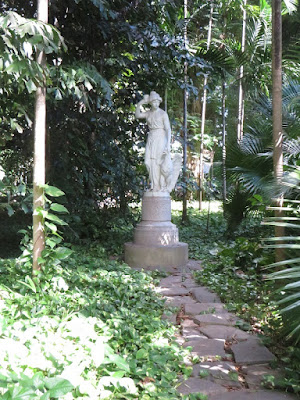 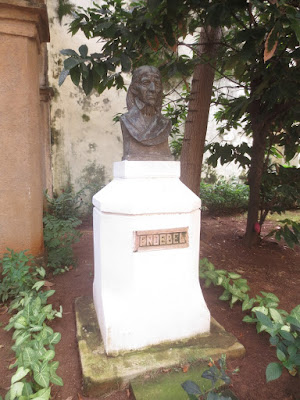 Friedrich Froebel (21 April 1782 – 21 June 1852)
was a German pedagogue, a student of Pestalozzi who laid the foundation for modern education based on the recognition that children have unique needs and capabilities. He created the concept of the "kindergarten" and also coined the word now used in German and English. 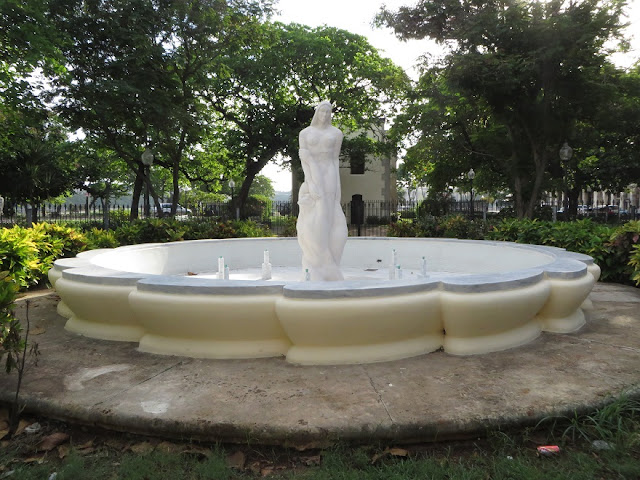 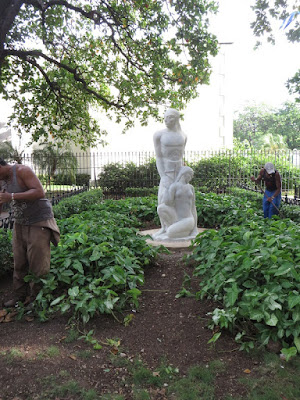 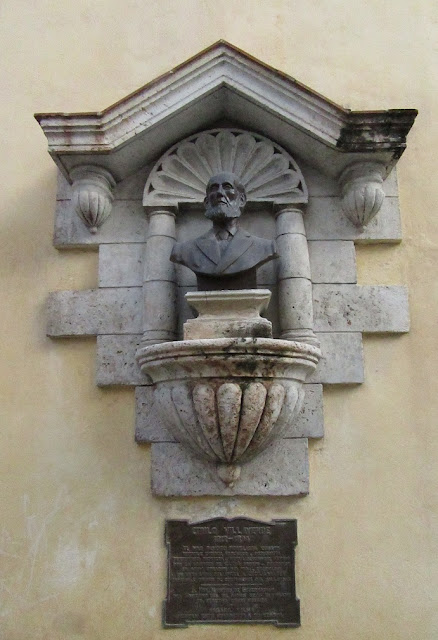