When the first explorers entered this natural bay in the 16th century, they had no idea how important it would become but the strategic advantage was noted early on. The narrowed entrance was dominated by hills or protrusions on either side known as the Punta and El Morro. La Punta in those days was not how we know it today. It used to be forest and an easy way for pirates to enter the city after disembarkation. Eventually by the mid 16th century trenches and a lookout had been built but it was decided that a lot more was needed to protect the bay and the city. By 1582, king Felipe II was convinced that some kind of fortresses had to be built at this location that would coincide with the one being built at El Morro. Construction began in 1590 (almost the same time as El Morro Castle) but by 1595 a hurricane devastated the structure due to the thinness of the walls....the next time around the walls were built much thicker but construction was painfully slow due to lack of money and manpower.  Because of the close proximity between the two hills, in 1630, engineers decided to link the two locations underwater with a heavy copper chain (250 meter) which could be raised at night and therefore block any unwanted visitors from entering the bay. The English coveted Cuba, but it was a Spanish colony, by 1762 the English declare war on Spain. On August 1762 the British manage to seize Havana by landing at Cojimar and marching the relatively short distance to La Punta. The strength of the English was no match for the Spanish and their superiority took its toll on all the fortresses of Havana. The English gave Cuba back to Spain in 1763 and the Spanish authorities decided to reinforce existing fortresses and build the La Cabana fortress.
The fortress sits on the Malecon at the end of Prado with the statue of Miranda guarding the entrance. It needed a great deal of restoration work but was finally reopened as a museum in 2002. I've driven by this building many times & it never looked very big. I finally decided to visit & it didn't look any bigger when I went inside but at one time it housed 60 men and 19 cannons. The display rooms once included precious treasures taken from ships sunk off the coast through the centuries but with the risk of flooding these artifacts were moved to a safer location. Now the rooms include a complete history of the fortress itself, also the reconstruction efforts, as well as navel and weapons designs and history. I'm glad I came but it's the least interesting of the 4 fortresses I've visited. 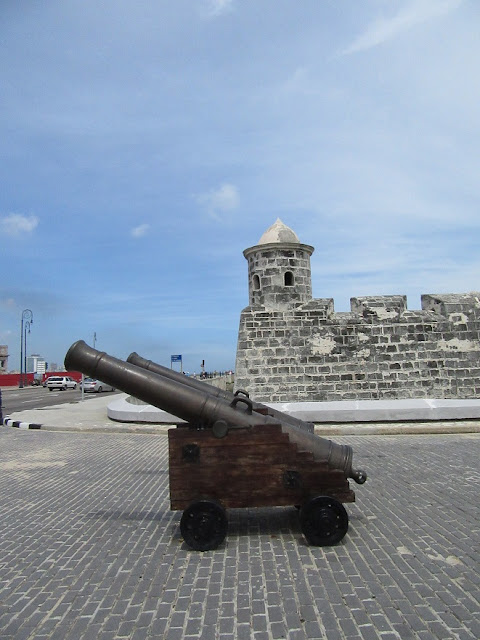 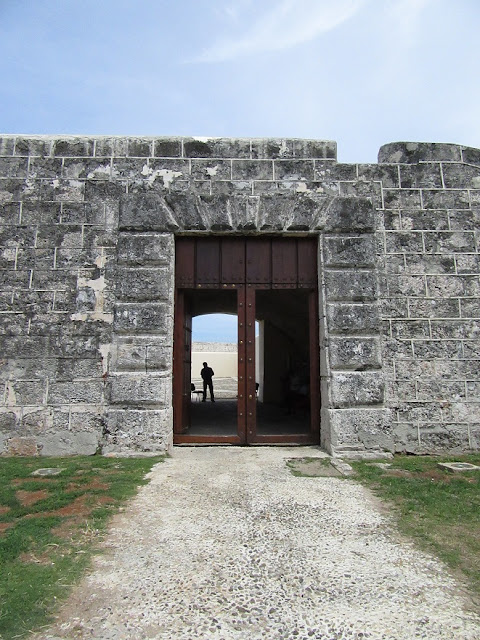 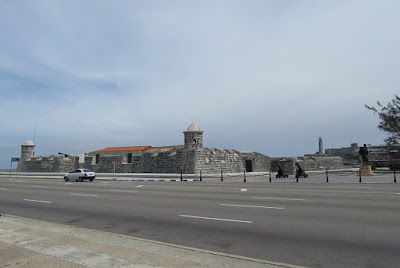 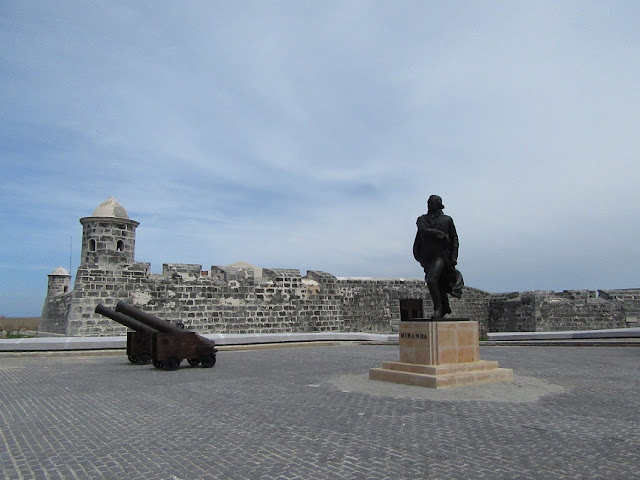 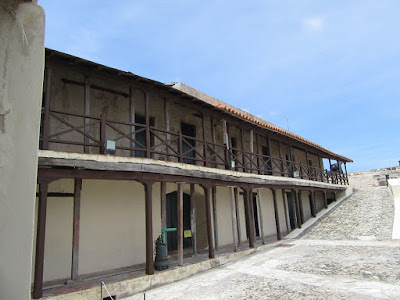 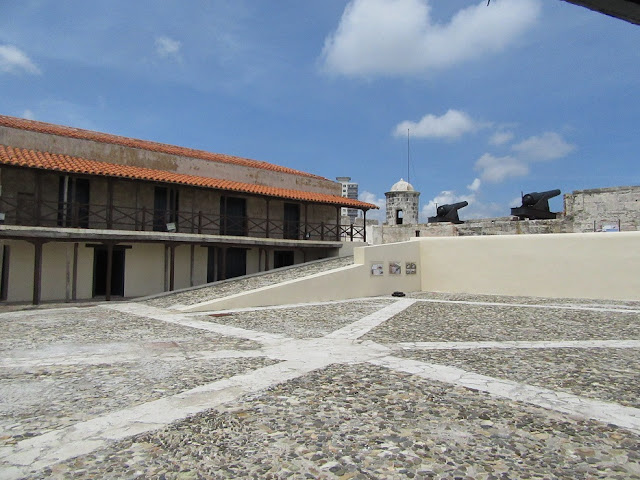 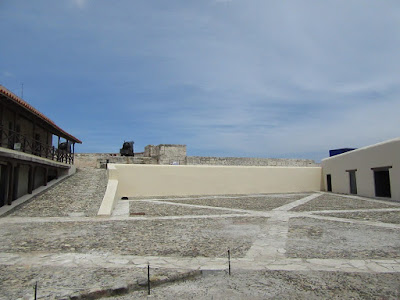 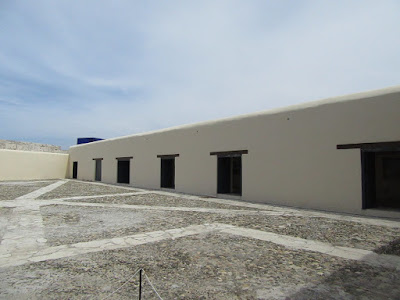 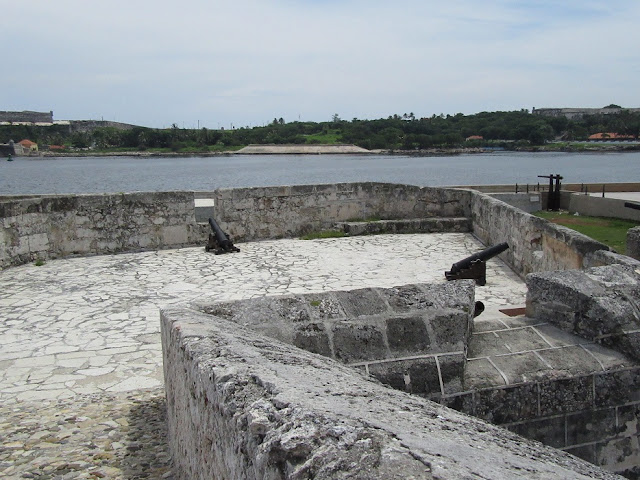 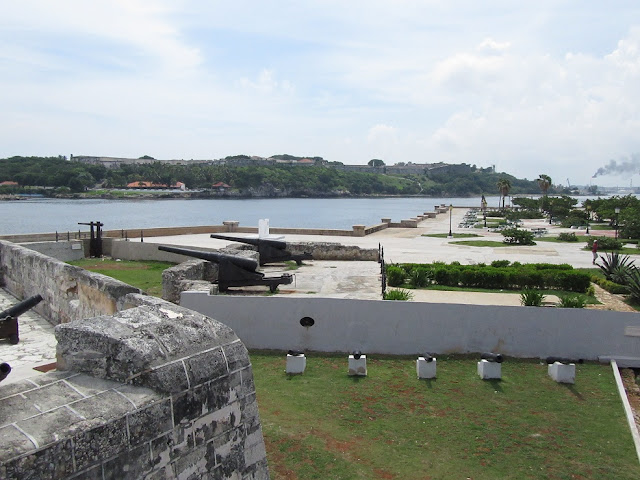 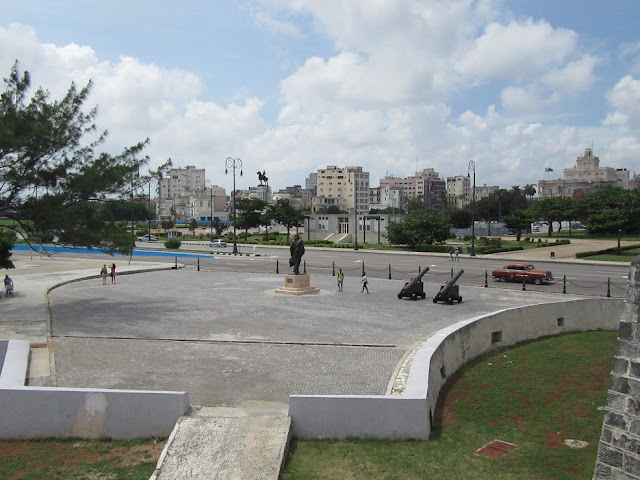 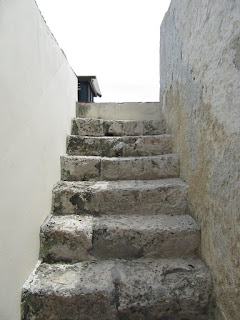 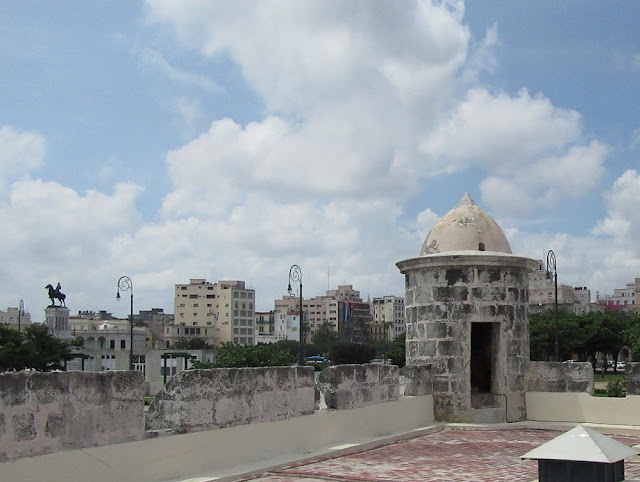 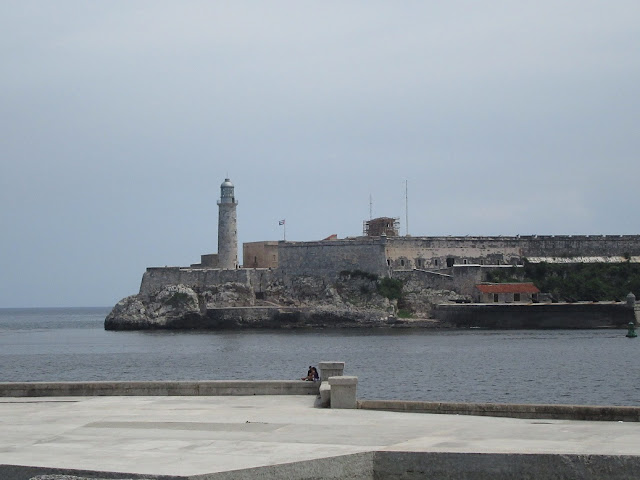 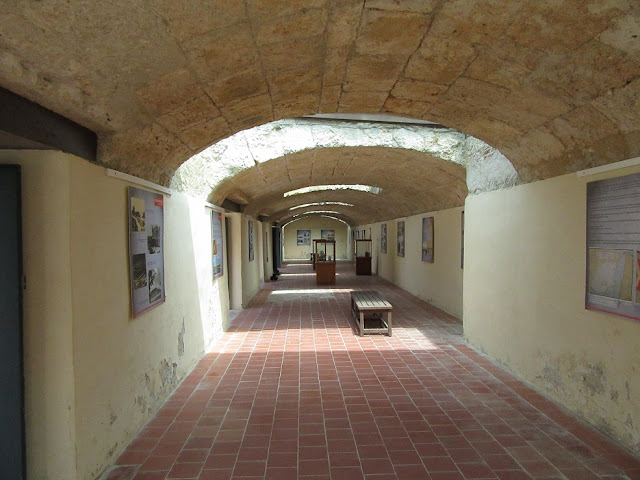 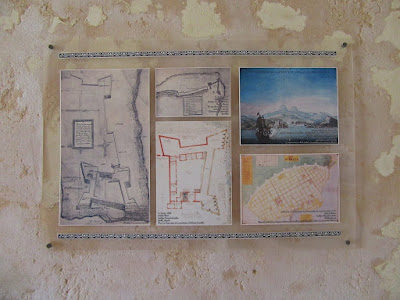 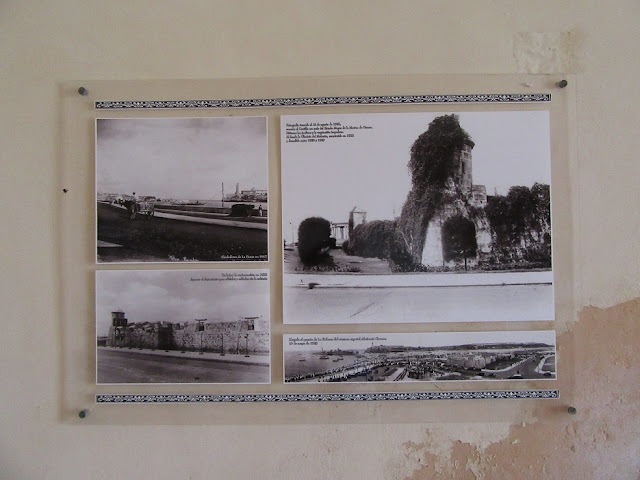 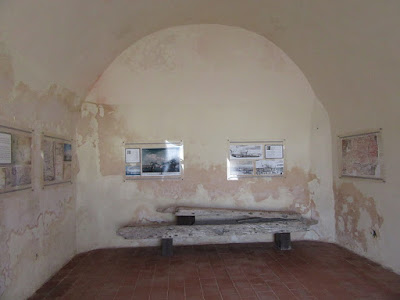 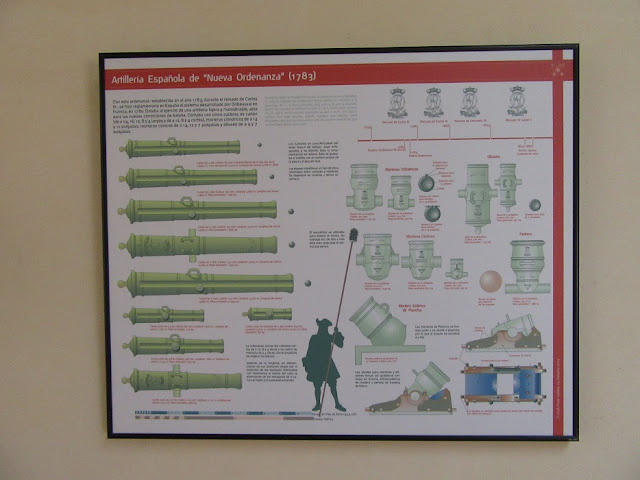 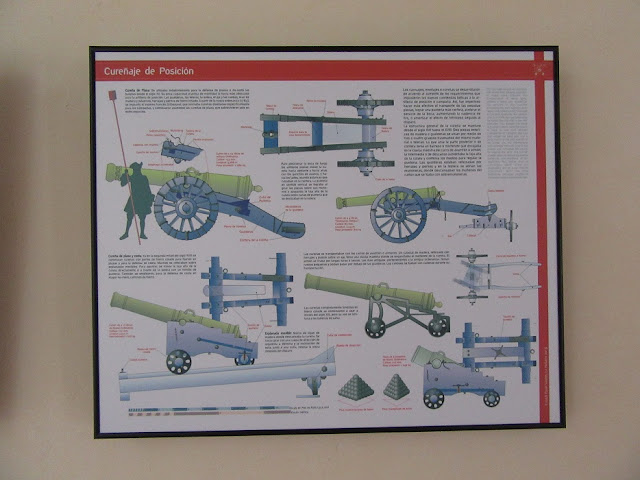 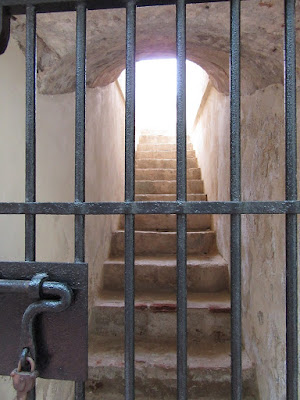 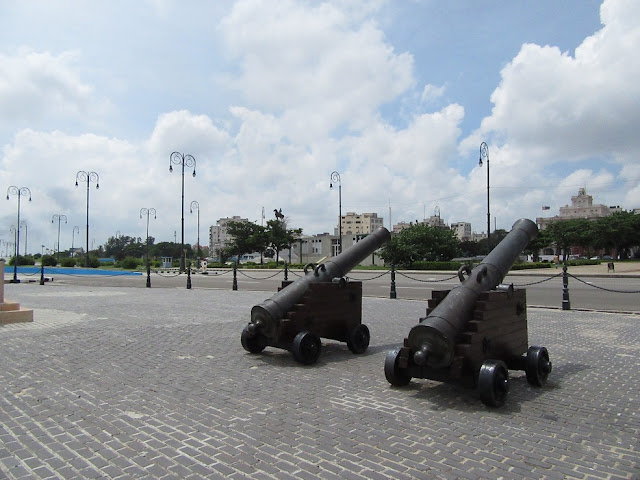 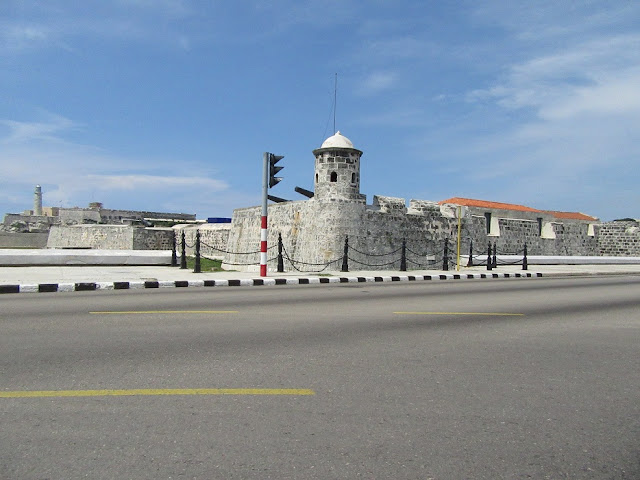