The Jose Marti Monument in Vedado, Havana, which is a memorial to Jose Marti, is that big pointed thing in the middle of The Plaza de La Revolucion. This star shaped tower is actually the highest point in Havana & stands 109 meters or 358 feet tall.
I've tried to go back up the tower, where from an Observation Deck you can get spectacular views of the city, but my couple of attempts were thwarted due to a broken elevator. I know that for some of you this site is a little political, it's here that Fidel Castro gave grandiose speeches in front of crowds that sometimes numbered close to one million people...and that it's a spot where all the tour buses go (my tour bus came here on my very first trip to Havana) but the memorial to Cuba's national hero, José Martí, is worth a visit. On the lower level you'll find 4 rooms, 2 showing the biography, writings, quotes & life story of Jose Marti, one showing the history of the Plaza de la Revolucion and the last for displays of contemporary art. The walls around the elevator are decorated with quotes from Martí. Another item on display is a replica of the sword of Simón Bolívar that was given to Fidel by Hugo Chávez in 2002.
The building was constructed in 1953, before the revolution, while Fulgenicio Batista was still in power. There was a long delay before construction due to the resolution of the displacement of the people living on the site. What's interesting is that Fidel Castro was the lawyer representing those people & won the case. All of this is shown on the ground floor of the memorial in the room that shows the history of the memorial. According to Wikipedia The Plaza is 31st largest city square in the world, measuring 72,000 square meters. 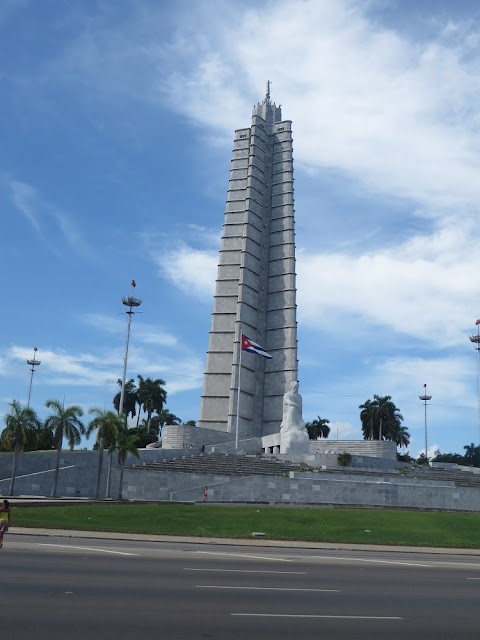 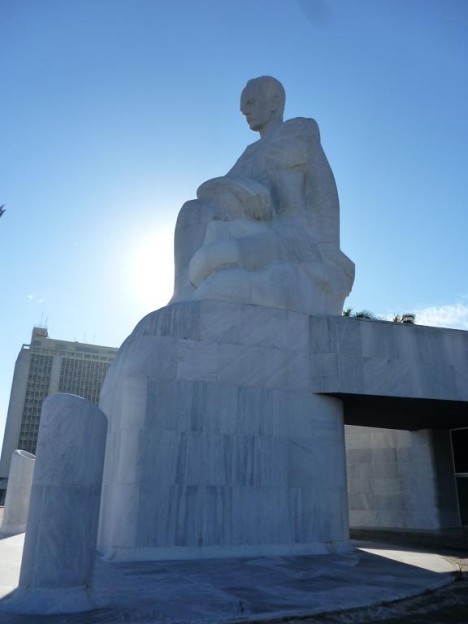 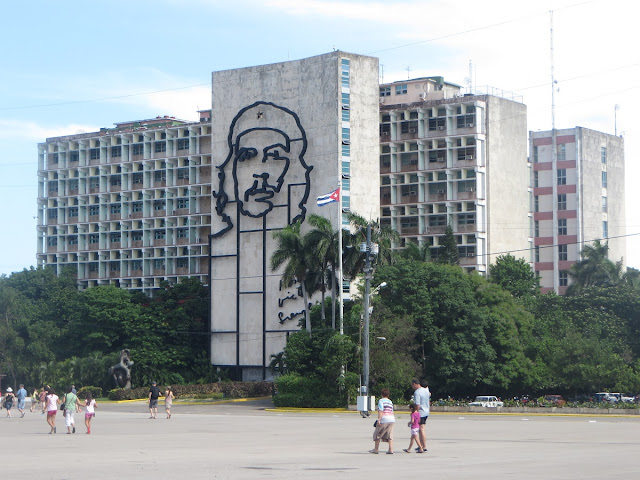 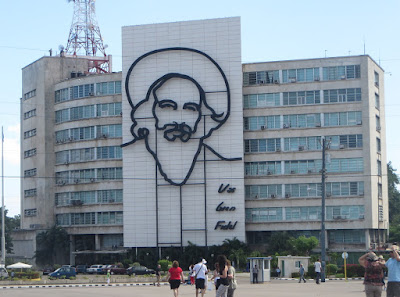 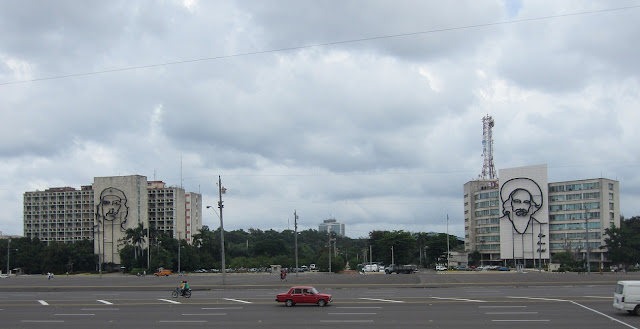 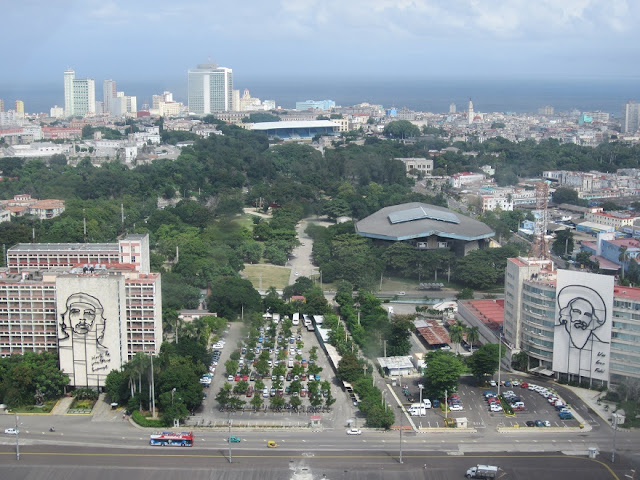 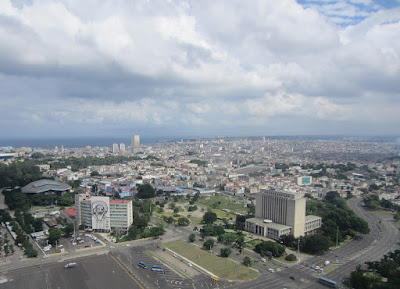 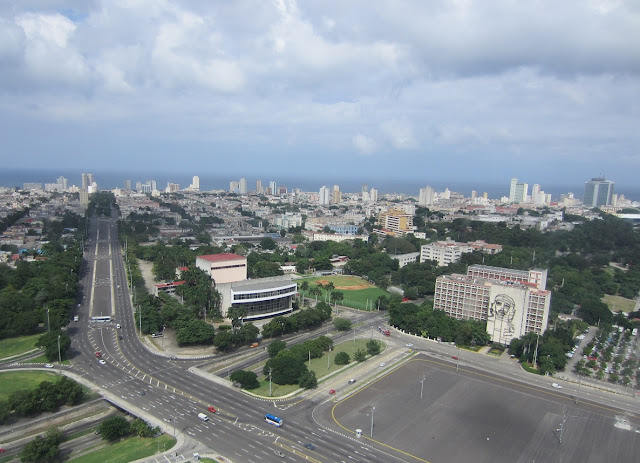 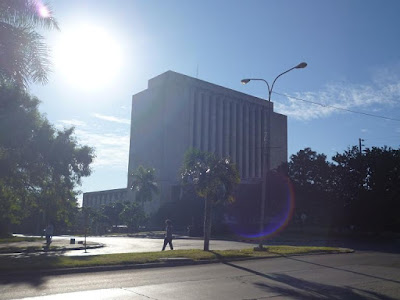 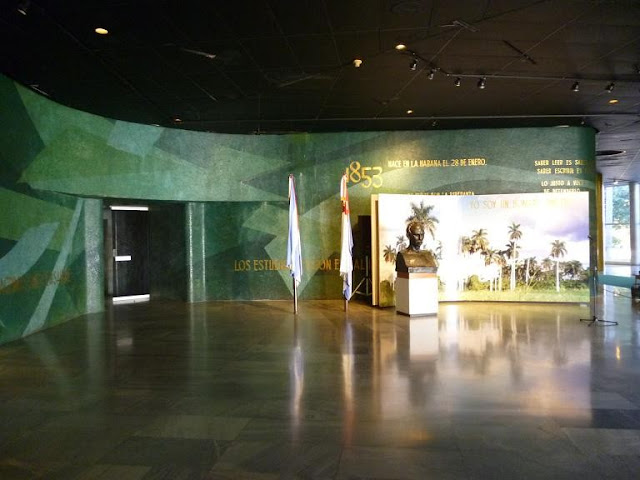 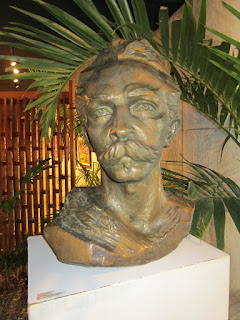 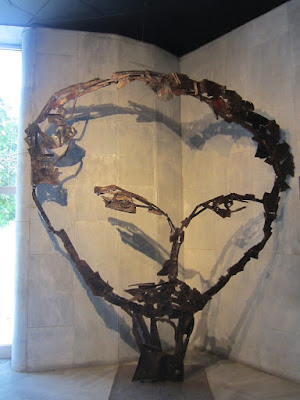 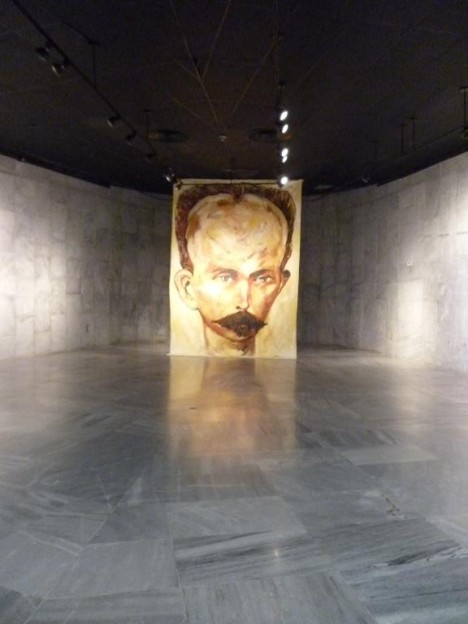 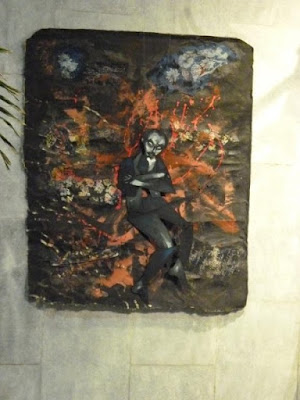 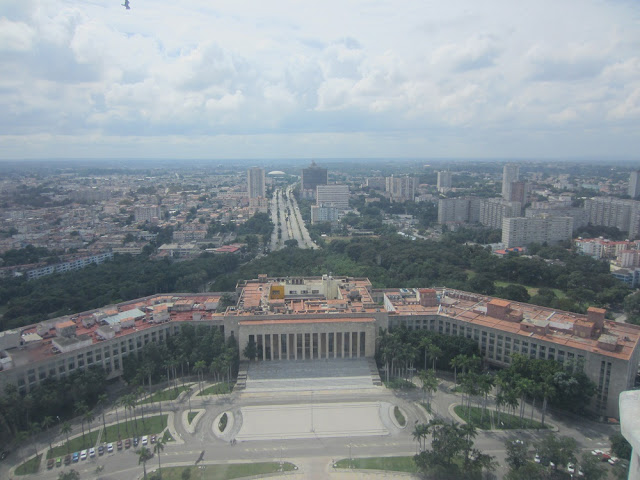 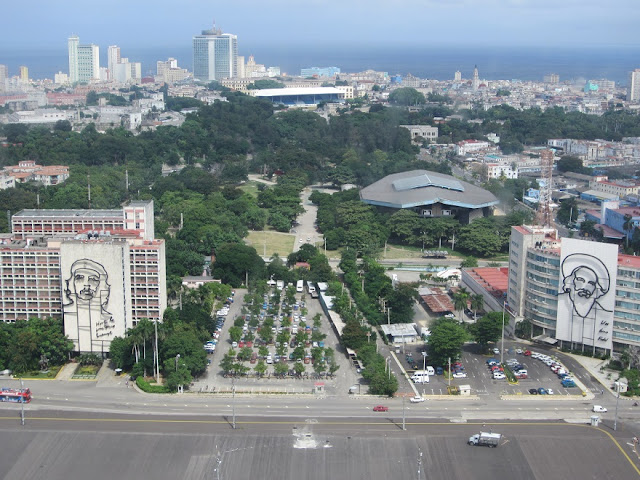 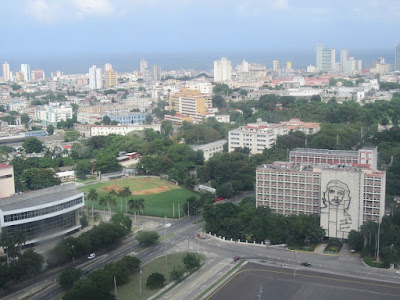 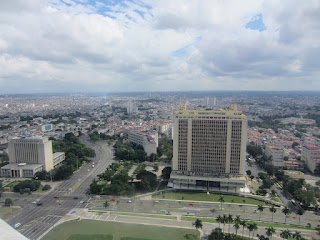 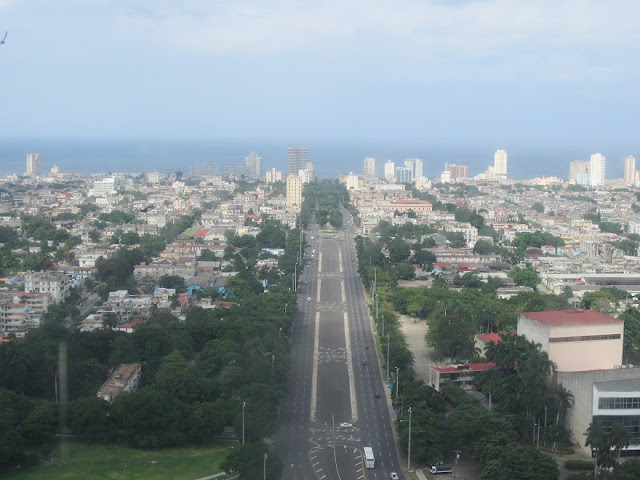 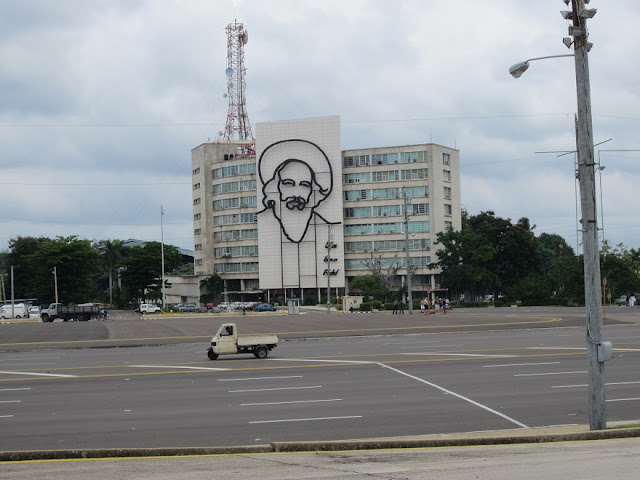 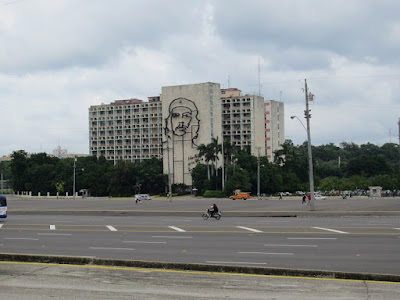 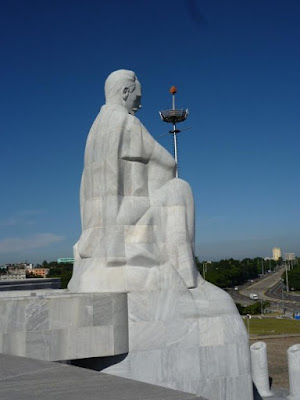 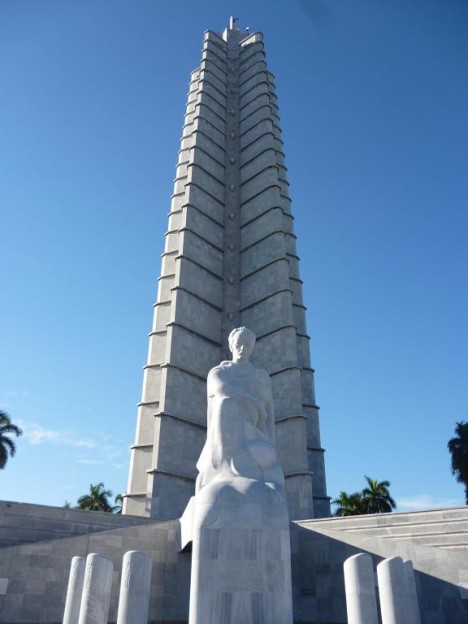 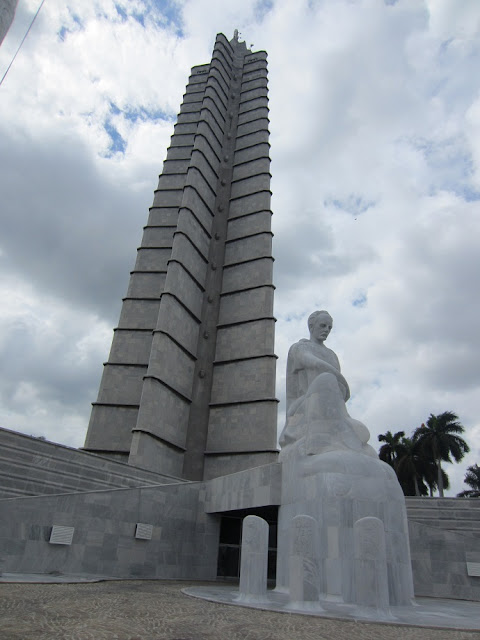 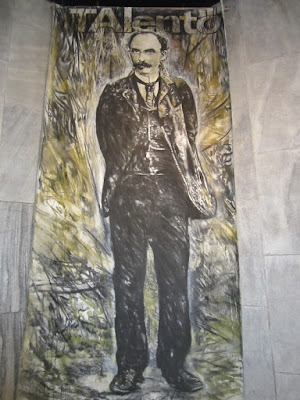